French Top 10: Two through to play-offs

With three rounds to go in the league phase of France's club championship, two places in the play-offs are now decided. 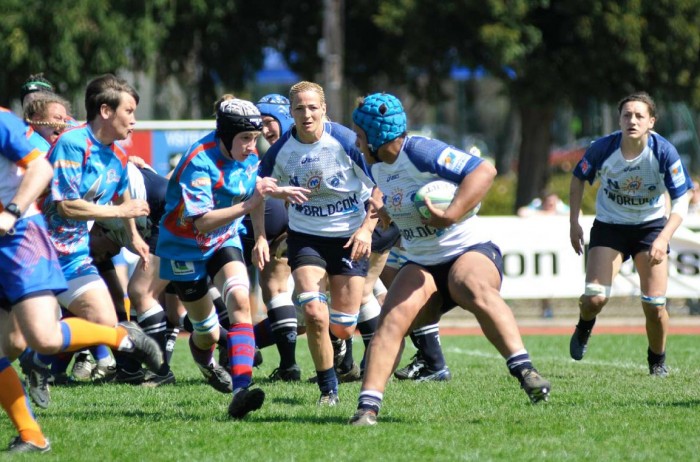 Montpellier – in great form since the international break – confirmed their place by ending Caen’s five-game unbeaten charge, shutting out the Norman challenge on their home ground with a 12-0 win at Stade Helitas. With three games left against teams all outside the top five, there now seems little to stop Les Coccinelles winning the league phase and going into the play-offs now as top seed. Again.

Lille guaranteed that they will be joining them with their second win of the season against Perpignan. Sloppy handling by the Catalans allowed Shannon Izar to open the scoring after 19 minutes, but – despite dominating the possession – they were unable to turn that into points, and a perfectly timed kick ahead by Le Duff allowed Campsolinas in to tie the scores at half-time.

A change of tactics in the second half, however, brought results with two tries for Pertus. Although Campsolinas scored again near the end, Lille were home.  Last year they had to wait until the final minute of the final game to know their fate – now coach Damien Couvreur has a different problem "the question now is whether we play the first place or if we give game time to girls in the rest of the squad," he said after the game.  With games against two likely semi-final opponents in the next two weeks (Lons and Caen) it is an interesting problem – especially as too much experimentation could result in a semi-final against Montpellier – which no-one wants!

Lons are going through a tricky patch. Outright leaders until the new year, they have stuttered in recent weeks. A narrow last minute win last week over Perpignan kept them up with Lille and Montpellier, and Sunday’s trip to St Orens should have kept them in the chase – but it was not to be. After failing to take full advantage of the wind in the first half, Lons opened the second with a try that put them 11-3 ahead. But St Orens fought back to within two points with a try for Auriol on 58 minutes, and then – at the third attempt and from the final play – Martin was finally on target to give St Orens a surprise 14-13 win.

Elsewhere Rennes beat Bordeaux 23-22, and Bobigny sent Sassenage to their 15th defeat from 15 with a 21-5 win.