France won their second game of the week beating USA 27-3 at Stade de France in a game played as a double-header with the men’s international. 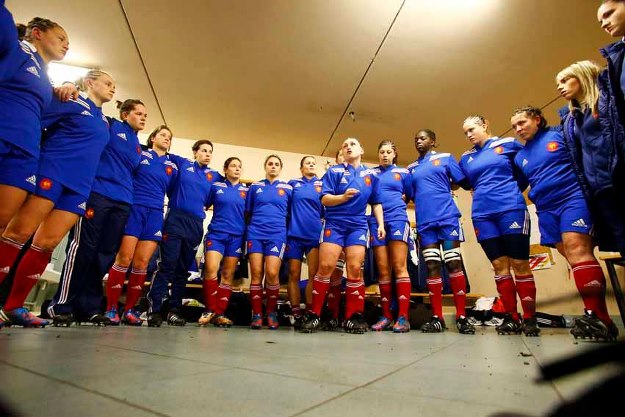 France had beaten the USA earlier in the mid-week game and the home side took advantage of a numerous attacking errors Saturday in front of a huge home crowd.

We are disappointed with the result, said USA head coach Peter Steinberg. The game highlighted some deficiencies that we need to address if we want to play at this level.

The tour was a great opportunity for us to learn and develop, said Steinberg. Our staff and players have learned a lot over the last two weeks and we are already planning for next year.

France were able to put the first points on the board after a penalty to the US for diving over at the breakdown.

Aurelie Bailon slotted the penalty goal to put France 3-0 up. USA continued to concede penalties, resulting in a yellow card for captain Jamie Burke, which would allow France to push its lead further ahead.

Bailon connected on the ensuing penalty goal to give France another 3 points.

Numerous US penalties would be the momentum change that France was in search of. With the drive behind them, France took advantage of the drop in pressure from the US.

Camille Grassineau was able to sneak into the corner of the and dive over for a try with only minutes remaining in the half. Bailon added the conversion kick, making it 13-0 at the turnaround.

After the break, France picked up right where it left off on the attack.

A lineout on the 10-metre line then set up a second French try with a score from a maul and the conversion making it 20-0.

The try would be somewhat of a wake-up call to the US who came back with an aggressive offense, forcing a penalty by France. Kimber Rozier slotted the 35-metre penalty to get the visitors on the board.

In the closing minutes of the game, France again drove over the try-line, this time from scrum Bailon remained perfect on the day, making the score 27-3, France.