The future of the game in Latin America

After six tournaments can it still be called a Women’s Rugby World Cup when there is still no representation from a Latin American country? Thomas Wheelock looks into the game in the region in the first in a series of articles. 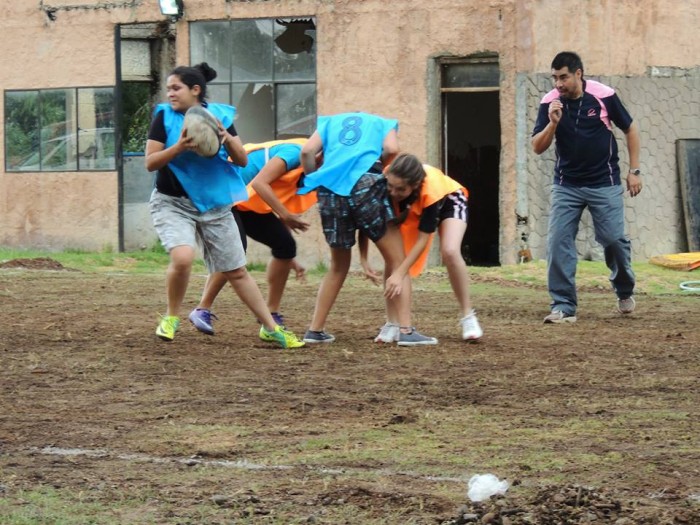 On the eve of the Women’s Rugby World Cup, this big region of the world with over 600 million in population is not participating. To understand this, an overview and understanding is required to see how culture plays a big part in this.

From June 2013 to March 2014 I travelled from Mexico to Chile. During the trip I coached and spoke to many coaches from countries like, Mexico, Guatemala, El Salvador, Nicaragua, Panama, Ecuador, Peru, Bolivia, Argentina, and Chile.

Over the next few weeks I will be writing my perspective based on interviews and impressions at Club, Regional and National level.

Grassroots sport for women in Latin America is little to non-existent. There is really no outlet for women to participate at the same level that you would see in Europe, Australia, NZ or North America. Frankly it is not supported enough.

Women in Latin America suffer from something of a machismo culture. Other factors are the lack of team sports and understanding of being in a team, and in the men’s game of rugby, they consider the women section in some teams as an add-on.

My impression is that culturally speaking amateur sports are more geared towards men or a traditional sport such as football and women’s sports in Latin America are simply not on the radar in any major way. In terms of sports, anything unusual is considered unique or eccentric.

A case in point: despite the fact that a Mexican woman won an Olympic medal in Taekwondo in London in 2012- my own cousin who conquered Everest (and was the first Latin female to do it in in 1999) is more recognised even 15 years later than this medal winner.

In 2014, rugby was reinstated to the Olympics and this changed mindsets for the game here. In Latin America, the ultimate in sport is the Olympics and participation in an Olympic sport is considered to be more important than anything else. Funding therefore becomes available for sports development that is geared towards Olympic qualification.

All Spanish-speaking countries have their own federation and are run by a governing body, either North America Caribbean Rugby Association (NACRA) or Confederacion Sudamerican de Rugby (CONSUR). These two bodies  run the women’s section in their respective areas.

Before rugby was part of the Olympic programme, the game of sevens was deemed the best way to bring women into the sport through grass-roots but it was not growing enough and had stagnated in some countries - in Peru it was almost moribund. Since 2014 it has grown exponentially and countries and women have found a team sport they can participate among themselves and get away from the machismo culture that prevails.

Unlike women’s XV in test playing nations, playing sevens means that called off games or walkovers, which seemed to prevail in the women’s game here when playing XV for lack numbers, are rare.

Growing up in a rugby country you are always told that XV is the ultimate game. When I first got involved with women’s rugby way back in 1995 test rugby had been the emphasis - here it is sevens not just because is an Olympic sport but because it guarantees women’s participation.

Getting women to participate in any sport in Latin America is tough and XV rugby is not on the radar for the foreseeable future by many nations here. Badgering from people like myself doesn’t help either, I spoke on two separate occasions to two different officials in Panama and Bolivia who said :

“You cannot force it, you know how difficult it is with men, with women it is more difficult they are playing a contact sport breaking the stereotype is still difficult to accept”.

By that they both meant society, and general acceptance of women involved in sport, this is still very conservative culture. Even speaking to my own family about women’s rugby got some interesting reactions! Sevens though is breaking the mould.

Next Week:  How Argentina missed the boat on women’s XV and how Brazil is becoming the new power.