Great Britain put in some great performances, but France still finished on top at the three-day Olympic preparation tournament at St George Park in Staffordshire 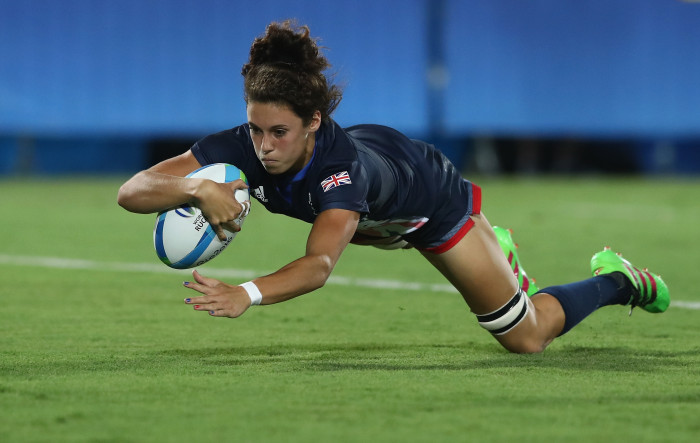 Three days of very competitive sevens ended in a French win in Burton-on-Trent last weekend, but Great Britain – playing in a tournament for the first time – looked impressive, improving throughout the weekend.

Great Britain, France and Ireland all brought large squads to St George’s Park, with coaches taking every opportunity to try out every kind of combination over the three days.

Each day saw the three teams play each other once, with each team playing six games over three days – a schedule that matches what teams will be faced with in Tokyo.

The French players have played together several times this year, in both Madrid and Dubai, and it was perhaps not surprising that they had the best of the opening day and a half, winning their first three games, before their most experimental starting line-up lost to Ireland 24-7 to end their second day – a game that was Ireland’s only triumph of the weekend.

Great Britain’s experience was – perhaps unsurprisingly - the reverse, winning just one of their first three encounters before going unbeaten throughout the second half of the tournament, saving the best for their final game.

The title had gone to France before the final match, after Ireland snatched a 19-19 draw with Great Britain, but Britain still ended with a rousing 33-7 win over strong French line-up in the final game.

But in the end France’s four wins was just superior to Great Britain’s three wins and a draw.

Despite there being so many players on show, some really stood out. The speed of Rhona Lloyd resulted in her being the weekend’s top scorer with six tries, alongside Amee-Leigh Murphy Crowe for Ireland who also scored six times. Helena Rowland, with five tries, and Jaz Joyce, with four, also stood out, as did Irish captain Lucy Mulhall (three). France’s Seraphine Okemba and Anne Cecile Ciofani were also always dangerous, also scoring three tries, as did Caroline Drouin.

A tournament like this, with so many players being used, makes it hard to reach any conclusions – other than the Great Britain team that Scott Forrest has put together is an exciting looking prospect that could be real medal contenders in just over two months’ time.