Germany warmed up for the European Championships with a game against the RAF. 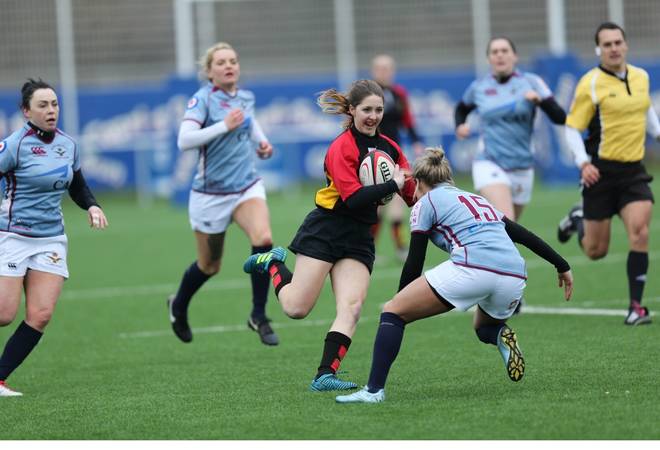 Heidelberg.  It's a result that Marcus Trick could hardly have asked for. The British Royal Air Force was defeated 65-0 in the “test” in Heidelberg. As a result, the German team can travel with a good deal of self-confidence to the European Championship in Belgium. First opponent on 27th February in Waterloo will be Spain, against which Germany is certainly outsider. But with the attacking power shown in Heidelberg, the Spanish could also have problems.

It was not long before the German attacking machine got rolling. After just fifteen minutes, Johanna Hacker and Annika Nowotny had already combined for and two tries, both converted, establishing a commanding lead. With a 14-0 advantage the played Germany backs played with freedom and scored continuously. Franziska Holpp showed not only her famous playmaker but also ice-cold finishing qualities, and the nimble Dana Kleine-Grefe was often difficult to stop.

After the break, Leonie Hollstein and Nowotny again were providers of further tries. Despite the team tiring, the flow of the game was not affected - a sign that should encourage the German coaching team of Marcus Trick and Alfred Jansen. And the Germans continued to score points. At the end of a highly deserved 65-0 success was recorded, and a strong tailwind for the European Championship opening match against Spain was generated.