The final German preparation for the Rugby Europe Women Championship saw them take on the France Militaire XV in Metz. They lost 56-0 but "gained some valuable knowledge". 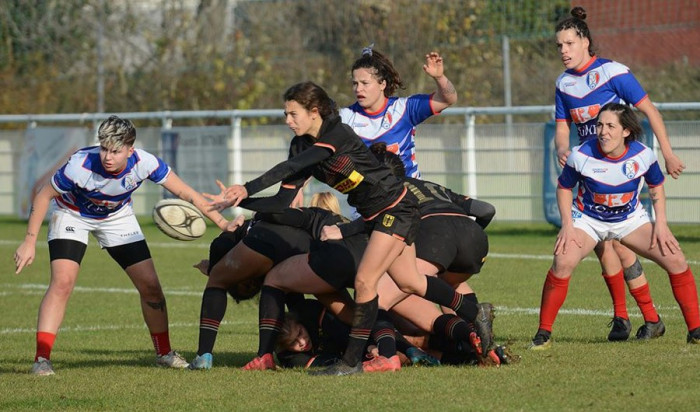 The German team started very nervously, which had to take place without their influential captain Lisa Bohrmann. The French took advantage of this were soon two tries ahead.

Despite immense defense work by the German team, they initially had very little possession, but from the 20th minute, the Germans were able to make the game more open and balanced and with makes some headway into the French half. Steffi Gruber broke through and side-stepped through five opponents before being brought to earth inide the French 22. A German scrumr esulted in a break by Amelie Harris, but the French defended well before breaking away to score at the other end. France Militaire lead 29-0 at halftime.

In the second half of the German started strong, but also here there were again had problems getting over the gain-line. However the French absorbed theh pressure and controlled most of the rest of the game, winning in the end 56-0. Despite the defeat, the German coacges Paul McGuigan and Dirk Frase said that they were able to take a lot of positive things from the game that they could take forward in their preparations.