Despite COVID, Gibraltar have still managed to launch their first national development squad. 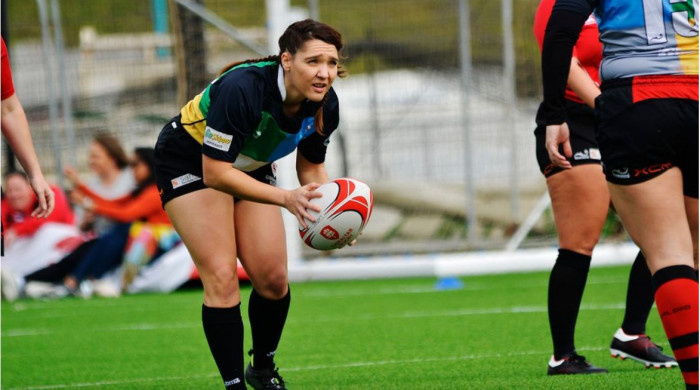 A game between "Team Nelson" and "Team Rooke" made sporting history in Gibraltar this week as the rock's first official women's rugby match and the next step in the Gibraltar RFU's programme to develop a national team.

The match was played under the Autumn sunshine on Saturday at the Europa Sports Complex was the culmination of hard work beyond the scenes by Zoe Fidock and Roger Shrapnel who have been instrumental in launching the sport In Gibraltar.

Although faced with the unprecedented prospect of having had to stop its development programme just weeks into its initial launch due to the global pandemic, the Gibraltar Rugby team continued with their programme as the sport was released to continue with training and coaching programmes.

Roger Shrapnel, Women’s Development Squad coach, was full of praise for the attitude of players who he pointed out had helped them reach To this stage. Although training under restrictions and at a time when all sports have found difficulties in maintaining their momentum women’s rugby has instead seen and increase in players “from rugby mums” as Mr Shrapnel pointed out at first to a mix of youth and older players.

Although this, the first competitive match, was played as a sevens game and under COVID hybrid rules which forced the referee into a stop and start first ten minutes as players were advised of the differences in the rules and how they were implemented during play, the pioneers have ambitions to develop a XVs squad as soon as they can.

Several attempts at a try in the first minutes saw celebrations cut short as play was taken back but it was Ellie Short who produced three of the four tries that gave Team Nelson the final victory.

Zoe Fidock, Head of the Ladies and Girls Team, was later to say: ‘Today represents the culmination of what has been a long journey, and a significant investment in rugby in our community. Who would have thought that, two and half years ago when we first discussed this project, we would find ourselves here, today, in this state of the art facility, taking the first steps in what is set to be prominent and permanent feature on the GRFU Calendar. The ladies have made us all proud to be a part of this family and, for that, I thank them.’

Roger Shrapnel, Women’s Development Squad Coach added: “Over the moon for all of the ladies, that despite all of the issues and challenges that Covid brings, we were able to get women’s rugby in Gibraltar up and running. I think that’s something we should all be really proud of.”

Unfortunately Gibraltar cannot compete in Rugby Europe competitions as the GRU's membership has been blocked by Spain, but are looking to develop friendly fixtures against club teams in Spain, the UK or other parts of Europen or north Africa.