Gold Coast – the hosts for the 2018 Commonwealth Games in Queensland, Australia, have formally confirmed that women’s sevens rugby will be part of the programme for their games in four years’ time. 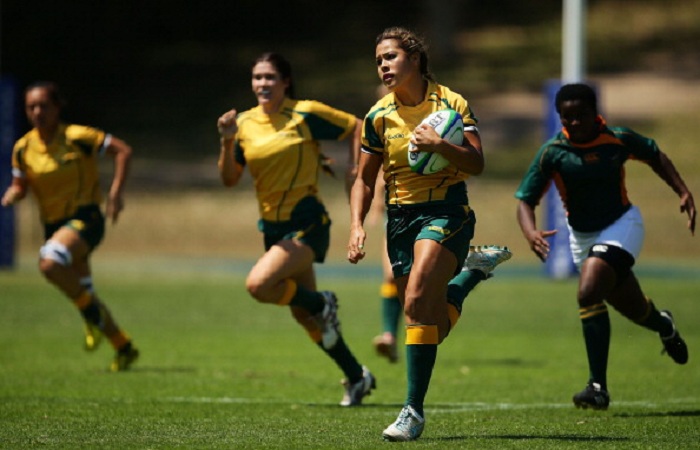 The Commonwealth Games is significantly more flexible than the Olympic Games. The host city must offer a core of ten sports, and can then add up to seven more from a long list of over twenty (as well as three para-sports). In addition, while four of the core sports (boxing, squash weightlifting and rugby sevens) are nominally male-only, there is an option to include a women’s event.

The choices that the cities make then have to be approved by both the Federation and the sports’ governing bodies - with no guarantee that support will be given (it is reported that Glasgow wanted to include cricket, for example, but this was rejected by the ICC).

The fact that the Gold Coast organisers wanted to include a women’s sevens  alongside the men’s competition has been known for some time, and today’s announcement officially confirms that their proposal has been accepted by both the Commonwealth Games Federation and the IRB. There is no guarantee that there women’s sevens at future games, but as the 2022 will be in either South Africa (Durban) or Canada (Edmonton) it seems highly likely that they too will take up the option.

Another positive for the competition is its timing. From 2018 the Commonwealth Games will take place in the same year as the IRB’s Sevens World Cup, and with the Gold Coast Games taking place in April 2018 (4th to 15th) the competition will also be almost perfectly timed as a warm-up for the World Cup. This obviously may not be the case in future cycles.

How many teams will be involved has yet to be announced. The Glasgow games included 16 teams in their men’s only competition, but there is no guarantee that this will be the case in 2018 or that the women’s tournament will necessarily have same number of competitors as the men’s.

Historically the Commonwealth Games has tended to shy away from team sports, but several team sports were tried for the first time at the 1998 Games, including men’s rugby sevens (the Games was the first major multi-sport event to include the sport) where it was seen as a balance to the female-only sport of netball.

The huge success of the competition in 1998 and succeeding Games was a major driving force behind rugby’s acceptance into the Olympics, though it was only finally accepted by the IOC after the IRB had added a women’s competition to its bid. As a result rugby sevens – including women’s sevens – is now a part of every significant regional games and it is ironic that the Commonwealth Games, which started the enthusiasm for sevens, will be the last to include women.

IRB Chairman Bernard Lapasset welcomed the news: "The IRB has been a champion of the inclusion of Women’s Sevens in the Commonwealth Games and today’s decision is fantastic news for players and fans of what is one of the world’s fastest-growing team sports."

"Rugby Sevens is one of the must-see Commonwealth Games events with its winning blend of highly-competitive action, star players and festival atmosphere, reflected at Glasgow 2014 where a world-record crowd for Rugby Sevens of 171,000 were thrilled by an incredible two-day event."

"We can now also look forward with great excitement to an historic Gold Coast Sevens where Australia will welcome the top women’s players from Commonwealth nations alongside their male counterparts."