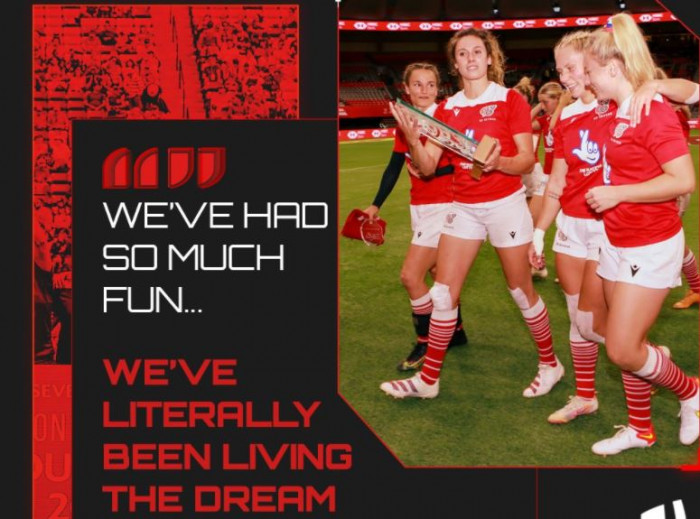 GB were due to take part in Dubai on 26-27 November and 3-4 December, but as these tournaments will now be the start of the 2022 World Series (instead of being the climax of the 2021 Series) t is hard to see how that will happen.

It has now been confirmed that the Great Britain programme will end at the end of this year, with England’s programme restarting for the 2022 World Series. Assuming the Dubai tournaments will kick-off the 2022 Series as planned, England are unlikely to want to start their programme with no points from the first two rounds.

But those are considerations for the future. In practice Great Britain again dominated against the youthful Canadian and United States squads, and the determined Mexicans.

As well as Great Britain’s win, perhaps the other big story coming out of Edmonton was Mexico. After leaving Vancouver without a point, they scored in all of their final three games – twice against Canada in the pool, and once against Great Britain and Canada again in the knock-out games on Sunday.

They still lost heavily, but that matter less than how much they have clearly learnt over the last 10 days (not forgetting Los Angeles before the Olympics). They will hopefully take this away, dominate central American sevens, and then show up at the next World Cup or World Series qualifier where they could surprise a few people.

In the meanwhile Great Britain blotted their otherwise immaculate copybook with a 7-7 draw against Canada in the second round of the pool, but they still won the pool comfortable, setting up another semi-final with Mexico.

Canada and the United States swapped places in the pool from which Canada emerged unbeaten, thanks to a draw with the USA to go alongside the draw with GB and win against Mexico. Unfortunately that form did not survive into Sunday with their great rivals to the south sneaked the all-important semi-final to win a berth in the final with Great Britain.

But here the script was the same as Vancouver. Britain dominated the final. Wales’ Jaz Joyce was deservedly player of the final again, and the women in red took the silverware home again.

And now… two months to go before the planned first Dubai tournament and – hopefully – World Series 2022.