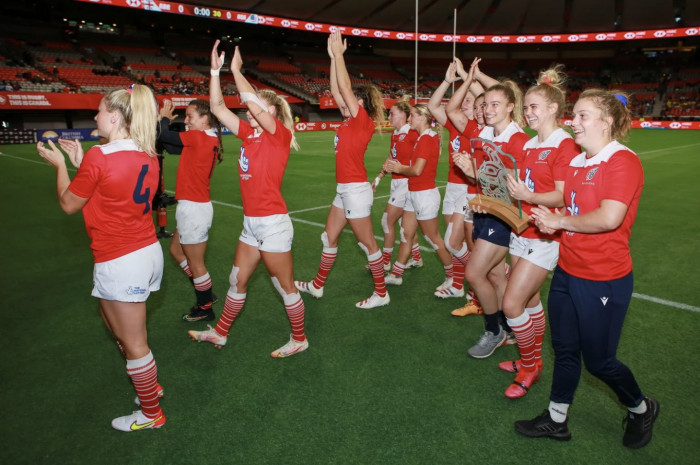 Great Britain were dominant winners of the Vancouver Fast Fours this weekend, a tournament played in and around the men’s World Sevens, winning every game by a margin of at least two tries.

With the USA and Canada looking to the future and fielding teams full of new players (each had nine debutants in their squads), a Great Britain selection that contained a majority of players who had been to the Tokyo Olympics always looked favourites especially when France pulled out only a few days before and were replaced by Mexico.

Mexico will benefit greatly from their participation in a tournament at a level well above that which they normally experience, but for this tournament they were rather cannon fodder and failed to score a point. Great Britain’s first game was against the Mexicans who battled well in the first half, by eventually conceded seven tries to go down by 39-0

In the preceding game the young Canadian and United States squads continued their long rivalry in a game were the lead repeatedly changed hands. Canada lead 12-5 at the break, but the USA dominated the second period to win by 22-12.

A ten-try USA win over Mexico opened the second round with hat-tricks recorded for Jaz Grey and Sarah Levy before Great Britain had what proved to be their closest game, winning just 19-5 against Canada who tied the second half at 5-5, keeping the GB team out for almost entire second period while scoring themselves.

And so to the final round in the pool where Canada ran in seven tries against the Mexicans before a Great Britain masterclass, especially in the second half, saw GB beat the USA 41-12 – the largest ever sevens win by any British team (England, Scotland, Wales or GB) against the USA.

It was a win which gave Great Britain a semi-final against Mexico where again the Mexican competed well in the first half before being swept aside in the second 43-0.

The other semi-final was another classic USA/Canada match-up with Canada again leading almost up to the break, but again the words of the USA coaching team proved magical as they shut out the Canadians in the second half to reach the final 22-12.

Canada too third with a 48-0 win against Mexico before the Jasmine Joyce show in the final saw the Welsh star score twice at the start of the first half and complete her hat-trick at the start of the second. The USA hung on to only go into the break 19-12 down, but Great Britain added two more unanswered tries in the second half to lift the title 34-12.