We caught up with New Zealand’s Head of Women’s Rugby Cate Sexton, on the back of news that the Farah Palmer Cup is set to return on August, shortly after club rugby returns in the country 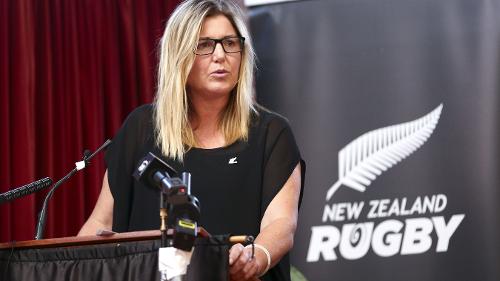 The news that the country’s provincial competition is returning has provided a significant boost to the women’s game in New Zealand, as it prepares to host the World Cup next year.

With no sign of rugby being played any time soon by any of their top test rivals, New Zealand will get something of a head start in its countdown to next year’s tournament.

The Farah Palmer Cup will kick off on August 22 in a 39-match competition running over nine weeks.

The resumption comes as the country starts to move towards ‘Level 1’ status, signifying the lowest risk to infection.

Sexton is pleased to see sport get back up and running.

“It is really good news for sport and group activity and we are all preparing to hopefully play again from mid-June. In terms of the Farah Palmer Cup, the national provincial unions were overwhelmingly supportive in entering teams so it’s going to be a great competition for the players with 13 teams involved.”

The tournament will feature North and South pools instead of the traditional Premiership-Championship system in a bid to reduce travel, while the competition will also be boosted by the inclusion of the country’s best 7s players, who are kicking their heels  competitively in the absence of a World Series.

“We have very good collaboration between the selectors of both programmes, and we all want the players to be playing rugby,” Sexton added.

“Not all of the Black Fern 7s players will be playing in the Farah Palmer Cup – some of them will be playing club rugby but it means they will all have the chance to play some rugby which is so important.

“We rarely get the luxury of having all our best women’s players playing in domestic competitions at the same time so it is going to be fantastic to have that happen over the next few months.”

Though New Zealand is further ahead than many nations in its coronavirus recovery, Sexton says there remains great uncertainty of the impact the pandemic has had on community sport.

“What will be interesting will be to see the impact that the changes have had on people’s lives here overall and not just in sport.

“It feels like there has been a real energy for people to get out and play sport across the nation but there will continue to be a lot of uncertainty and that could well have an impact on numbers. Many people will be facing very uncertain financial situations and others may not be in a position to take part in activities outside of their work so we can’t yet know what sort of impact it will have here on grassroots sport including rugby.”

“What’s good for the women’s game is to have this competition up and running and for people to be able to see some top-quality women’s rugby in the months ahead and to have that visibility.”

With a World Cup just over a year away, Sexton acknowledges that playing time this summer is also crucial for those hoping to feature.

“For the players themselves this is a very important shop window for what we hope will be a November test series though so much us unknown right now. We are looking at options, but we just don’t know yet. Our aim is certainly to get players wearing the black jersey later this year. That is an important goal in terms of building up to the World Cup itself next year.

“The Farah Palmer Cup is a critical part of it too. Players will be looking to be selected for a squad in a World Cup year so that is significant and will really add to this.”

Preparing to host a World Cup

Covid-19 has had a significant impact on the New Zealand Rugby Union, like many of its counterparts. In March the union estimated that it would lose NZ$100 million in revenue this year if no elite rugby was played due to the pandemic and though that is set to be mitigated,  a consultation is underway with staff, with redundancies expected.

Sexton says regardless of the challenges, there is a huge desire to host a brilliant World Cup next year.

“Some of the work was paused and we would have been further ahead in our planning had this not happened but we are hugely committed to the Rugby World Cup and we now have the wheels in motion again as we come out of lockdown so it will be full steam ahead.  There will be greater pressure given the timescales but this is a huge event for us.

“In New Zealand the women’s game has had 10% year on year growth over the last five years so we are building on good momentum going into a World Cup year. New Zealanders have huge passion for our Black Ferns teams and that genuinely grown in recent years. The players are becoming more well-known and they really connect with their communities and the World Cup will really build on that for us.”

With women’s sport expected to suffer as a result of the pandemic with shrinking commercial revenues meaning less opportunity for new sponsors and less visibility due to many events being cancelled, Sexton, like many others in women’s rugby, prefers to see the positives about the position the game is in.

“The women’s game is a growth unit of New Zealand rugby so there is a huge opportunity there not just to keep numbers growing but for investment and brands to get involved.

“Women’s rugby is right in its infancy with that but we have a fantastic product so the opportunities to commercialise it is huge. For some investors it is still a bit unknown as an offer so it’s vitally important that we keep showcasing the good and the value of the women’s game. The next year will be a great time for us to confidently show our product to the world with an Olympics and a Rugby World Cup. It is hugely exciting.”

Sexton also does a decent sales pitch for fans thinking about travelling next year.

“The World Cup next year comes at hopefully a really good time in terms of fans coming down here and supporting it. By then people may be confident in travelling across borders and this will be a major event so I would encourage people to start planning their trip. It's going to be a fantastic event."