The qualifying tournament for the IRB Women’s Sevens World Series 2014-15 will take place on September 12-13 in Hong Kong, the International Rugby Board has announced. 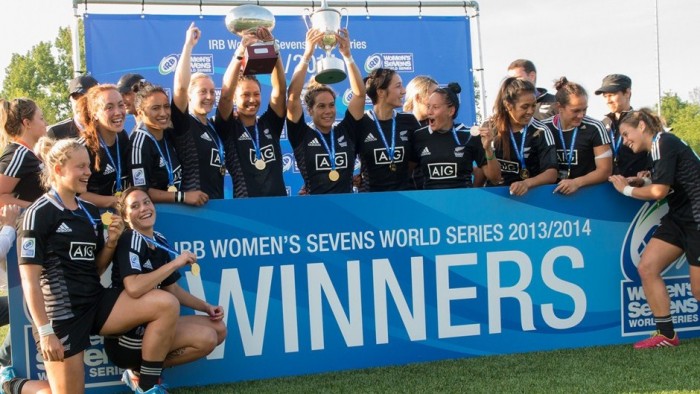 "With four places up for grabs in next season’s series, this 12-team qualifying tournament looks set to be extremely competitive with Japan, China, South Africa, Kenya, Brazil, Fiji, Mexico, Hong Kong, France, Netherlands, Portugal and Argentina all looking for a place at the top table.

The format of the tournament, which will be played at Shek Kip Mei stadium in Hong Kong, is based on three pools of four teams with the top two from each pool, along with two best third-placed teams progressing to the quarter-final stage.

The four winners of those quarters will progress to the semi-finals but, more importantly, will win qualification for the upcoming season’s Women’s Sevens World Series and join the top teams in the third season of that event.

The qualifiers will join core teams New Zealand, Australia, Russia, England, Spain, USA and Canada in the WSWS, with one more team invited to participate in the 12-team series."

The anouncement of a complete list of 12 teams is a slight surprise as Asia's 2014 sevens championship is not due to take place until the end of August (23/24), so the teams to represent that region have been selected based on outcome of the 2013 tournament.

The list also includes three teams from Europe and Asia, but only one each from the North and Central America (NACRA) region and Oceania, which means that Caribbean champions Trinidad, and Oceania's No 4 Samoa miss out in favour of the surprise team from this year's European 7s, Portugal, and tournament hosts Hong Kong (4th in the 2013 Asian series).

IRB Head of Competitions and Performance Mark Egan is quoted as saying:

“These are exciting times for women’s Rugby Sevens. With the Olympic Games 2016 in Rio de Janeiro just over two years away, teams will have an eye on preparation for that and so we expect a hugely competitive and high-quality qualification tournament for next season’s IRB Women’s Sevens World Series.”

“I’d like to thank the Hong Kong RFU for hosting the tournament for what will surely be an exciting two days of international Sevens action.”

Meanwhile, the IRB has also announced a panel of six referees to officiate at the Series. The list includes a referee from each of Australia, England, Hong Kong, New Zealand, Spain and USA and all were involved in last season’s series.

As before, the panel will be joined by Rasta Rasivhenge of South Africa and Fiji’s James Bolabiu from the men’s panel for certain rounds of the series.

Details of the dates and venues for next season’s IRB Women’s Sevens World Series will be announced in due course. There is also no clue as to how many rounds there will be (the IRB have said in the past that they wished to extend the series to at least six rounds).