Hong Kong have won the Asian U20 title in Vientiane, Laos. 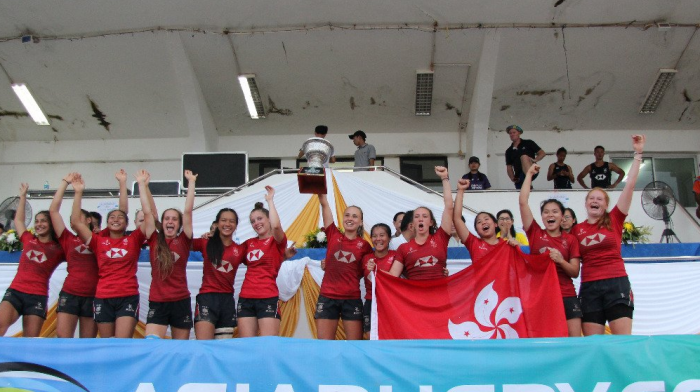 The fifth edition of Asia’s unique U20 women’s sevens tournament (no competition in the same age group is played anywhere else) saw Hong Kong beat Thailand to win the tournament for the first time.

Five teams took part this year – the same as last year, but with India and hosts Laos replacing Malaysia and China (winners in 2017 and 2018). Japan continued to avoid a tournament that that won on their only appearance in 2015.

From the opening round of games it was clear that Hong Kong and Thailand would be the teams to beat. Hong Kong were on a different level to India and Laos in their opening games, and the Thais were equally dismissive of Laos and Singapore. Both sides reached the final having conceded only two tries, Hong Kong winning the tense pool game between the two teams thanks to a second minute Florence Symonds try, one of six she scored over the weekend (along with teammate Jessica Eden).

However, the star of the tournament was again India’s Sweety Kumari, who scored top scored in the tournament with seven of India’s 14 tries as her team took third place.

After such a tight pool game a close final was expected, but Hong Kong’s 10-0 half-time lead had become 22-0 with just two minutes to go. Thailand pulled a try back, but Hong Kong rounded off the game with a fifth try from the final play.