Hosts Fiji went down 29-10 to Hong Kong in the opening game of the Asia Pacific Womens Championship at Churchill Park in Lautoka on Friday. 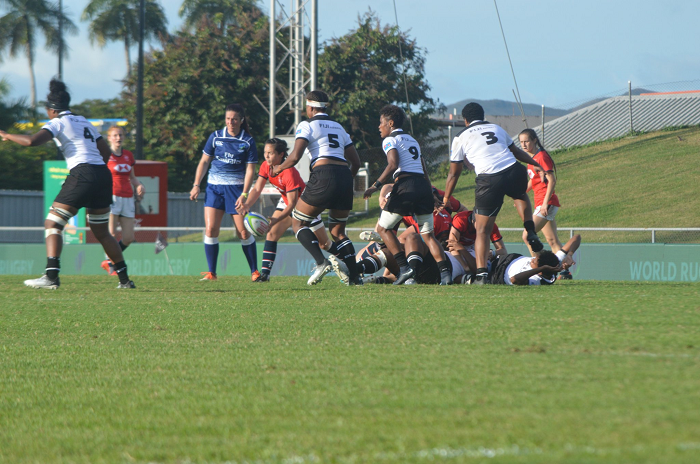 The Fiji took an early lead of 5-nil after a try from Karalaini Naisewa in the 8th minute of the first half, but within six minutes Zoe Smith's core had pulled the visitors level.

The game as alreday proving a brusing battle. Hong Kong wing Ben Yu had to be replaced afetr just three minutes, and the Fijiana were also forced to used their substitutes bench before the midway point in the first half when Merewai Cumu had to be replaced by Seini Tawa after just 15 minutes, and Kinisimere Matakada came on for Litiana Lawedrau just 10 minutes later. The blood bin was also busy with two Hong Kong players forced to spend time there in the opening 40 minutes.

Just before halftime Nga Wu Lau put Hong Kong 10-5 ahead, which remained the score at the break.

Hong Kong grabbed three unanswered tries in the second spell through a try for flanker Winnie Shiu, and a brace for Zoe Smith to lead 29-5 after 64 minutes, although Fiji had the final say in the game after prop Esiteri Bulikiobo scored the try in the 83rd minute.

Fiji Coach Ro Alifereti Doviverata said it was a good hit out match and the nine debutants played well against an experienced team. “I told the girls at half the importance of using the possession. We needed to follow our game plan. We started off well but after a while they went off from the game. The opportunity was there but they didn’t finished it off.”

Fijiana captain Lailanie Burnes said they expected a tough and physical match from Hong Kong.“We knew that was going to be a hard match. We played them in 2016 and it was very tough so basically we prepared the best we could for this game but unfortunately they won this time.”