While most eyes will be turned to Atlanta this weekend, there will be another international woman’s sevens taking place in Hong Kong. (Live stream). 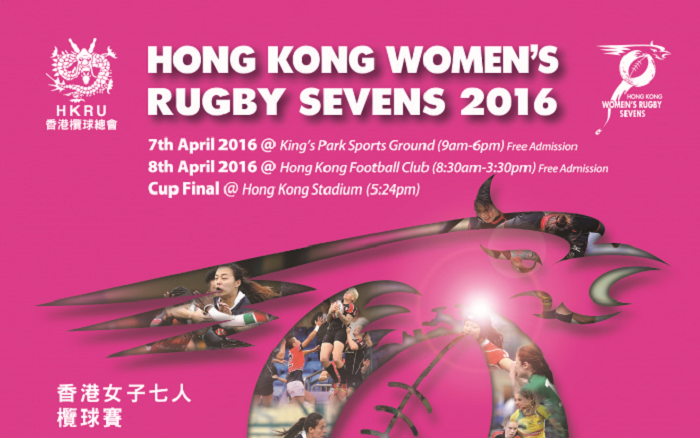 The Hong Kong Sevens has a special place in women’s rugby history as the venue for the oldest and longest running international women’s sevens tournament. The first event was in 1997, and it has been played annually since 1999.

The 2016 event loses a little of its gloss by clashing with the Women’s Sevens World Series event in Atlanta, but nonetheless three Olympic-bound teams will lead the 10-team cast that also includes teams who will be competing for the final Olympic place in a few weeks’ time..

France and Japan will have their main teams to North America, but will see the tournament as a way to give match practice to their wider squad. For Kenya – the third Rio-bound team in Hong Kong – this will be their first opportunity for match play since they were selected to replace South Africa at the Games in August.

In addition Argentina, China, Hong Kong and Kazakhstan will all be in Dublin in June competing with eight other teams for that vital final Olympic place, and for them this tournament is an essential first step. For South Africa, Sri Lanka and Thailand there are regional titles to compete for this year, as well as long term aspitations to qualify for the 2018 Sevens World Cup

The opening day this year will be held at King's Park, with day two set at the Hong Kong Football Club

Hong Kong coach Anna Richards is happy to have her team go up against solid opposition as they gear up for the Olympic repechage . "There is a good range of teams this year, with sides from Africa, Europe and South America, alongside the top teams from Asia," Richards said. "It's always good to get a chance to play against teams with different styles than those we see in the region and it will be helpful for us as we prepare for the Olympic qualifier in Ireland where there will be 16 teams from all over the world."

Tournament director Ruth Mitchell, a former Hong Kong captain, is delighted to see the progress of the event which has seen the participation of 38 international teams throughout its history. "This year, for the first time, all of the teams have played in the tournament before, so we can expect a high standard of play," she said. "And with plenty of Asian teams involved, the rivalry is sure to be intense."

As usual, Asia is well represented with Japan and China leading the charge. Hong Kong are coming off a big year that saw them finish third behind Japan and China in the Asian Sevens Series, and in keeping with the Hong Kong Rugby Union's commitment to the development of the women's game, the cup final will be played as part of the opening-day program of the Cathay Pacific/HSBC Hong Kong Sevens.

Last year, Hong Kong narrowly missed out on reaching their first cup final, advancing to the semi-finals after dispatching a slew of Asian opponents, including China and Kazakhstan.  They went on to beat Samoa in the quarter-final before losing the semi 10-5 to Japan. Hong Kong lost the third place playoff to Holland 14-7.

"We will need another fast start this year so a lot will be riding on what pool we are drawn in," Richards said.

Complicating matters for Richards is a lack of warm-up events for the team.  However, she has negotiated with the New Zealand Rugby Union to organize a group of Sevens development players for a visit to the SAR. They will mix with top local players in a Barbarians format for a two-day training camp at the Hong Kong Sports Institute next weekend.

Hong Kong will enter the tournament with a new captain, Natasha Olson-Thorne, after injuries sidelined long-time captain Royce Chan Leong Sze and last season’s able stand-in, Christy Cheng Ka Chi. And the 23-year-old winger knows exactly how her side has to approach the tournament if they are to win their way through to the final.

“It’s all about consistency,” said Olson-Thorne. “We’ve been working on that, and on making sure we go into each game at 100 per cent. The girls are really psyched and getting back out to the stadium is our goal. It’s about being calm and consistent.”

Hong Kong have been drawn in pool B with Asian champions Japan, Argentina, Thailand and Sri Lanka, while pool A comprises France, South Africa, Kazakhstan, China and Kenya.