World Rugby has announced a new four-year deal with HSBC for both the men’s and women’s World Sevens Series. 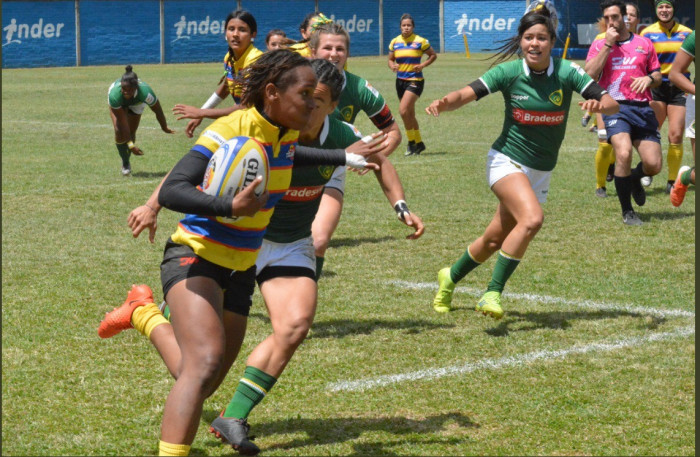 In the first major global sponsorship for women's sevens, HSBC will acquire naming rights to the series.

World Rugby Chairman Bernard Lapasset said: “We are particularly delighted that our flagship women’s series will be supported by HSBC over the next few years. Women’s rugby is one of the world’s fastest-growing team sports, with more than 1.5 million regularly playing and new participants being welcomed every day. The feats of our best female players on the series have been a source of inspiration to young players and the driving force behind ever-increasing popularity and profile.”

Giles Morgan, Global Head of Sponsorship and Events, HSBC Holdings said: “HSBC became the first-ever title sponsor of the men’s world series back in 2010, and we are excited to not only be extending this partnership for another four years, but also to become the first-ever title sponsor of the increasingly popular women’s world series. The Olympic decision has served as a tremendous catalyst for the growth of sevens around the world, not just in participation but also through the popularity of the HSBC Sevens World Series in recent years.

“HSBC is committed to supporting not only the elite end of the sport during this historic period in the game’s growth but will also continue with our long-term, significant investment in helping to grow and develop rugby through our community programmes which have seen more than 200,000 youngsters around the world introduced to the sport. HSBC rugby festivals and coach education programmes, as well as grassroots sponsorships such as the Rosslyn Park National Schools Sevens in England, have all helped to inspire even more children to get involved with rugby.

HSBC became title sponsor of the men's world series in 2009.

Details of the locations and dates for the 2015-16 HSBC Women’s World Rugby Sevens Series have not yet been announced.

Speaking at the announcement, France women’s sevens captain Fanny Horta said: “This is a great day for women’s rugby and it shows that women’s rugby is developing at a great pace.