Ali Donnelly casts her eye over an exciting two opening weeks of the women's 6 Nations. 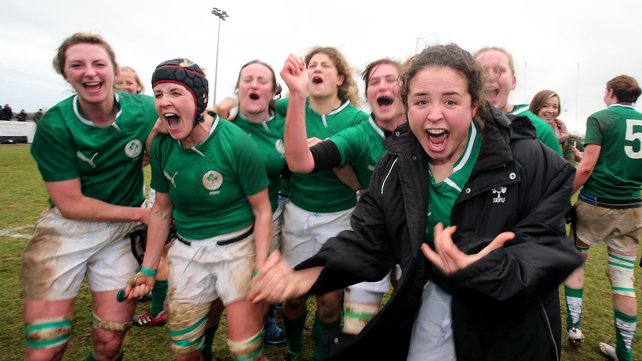 Ireland’s convincing four-try win over England at the weekend will be the talking point of this 6 Nations, with the Irish living up to their billing as the most improved side in the international game in recent seasons.

Ireland’s 100% record coupled with the opening victories for Italy sees those two nations sit atop the table for the first time after two games, making this one of the most wide open Championships ever in the women’s game.

To Ashbourne first. Much has been made about England’s decision to focus on Sevens this season and with 17 players taken out of the selection pool for Gary Street, that is rightly so.

However, such was the nature of Ireland’s win that this victory deserves to be talked up as one of real significance.

Ireland blew England off the park in a way that no side has done in recent years in this competition, and their magnificent defence was such that England often surprisingly looked panicked in possession.  In truth what Ireland did well was play to their strengths.  With an inexperienced backline, England were pressed hard in the middle and made a number of errors and Ireland, with finisher Alison Miller in devastating form out wide, punished every single one.

With Lynne Cantwell using all of her experience in the centre, and with Niamh Briggs going very well outside her, Ireland were rampant in the first half, their pack having a stormer, and it wasn’t until the likes of Emma Croker and Georgina Gulliver came on late in the game that England had any real shape in possession.  Ireland can justifiably claim this as their best ever result and with Scotland next, the Triple Crown will be theirs for the first time if they can maintain form.

But more than that, the title too is surely also theirs to lose. Yes they must play France, but they play them at home and with their record at Ashbourne excellent, added to the fact that they have beaten France there before; they must be daring to dream.  Irish captain Fiona Coghlan said before the tournament this year that after ten years of international rugby she would love to have some silverware to show for it. Her team is within touching distance.

Elsewhere, England will need to pick themselves up quickly before taking on France at Twickenham. Losing Fiona Pocock to a nasty looking injury will be a blow and Street may well turn to some of his more experienced players for this one, especially those returning from injury who may well need game-time.

France will head to London positive about their recovery from an opening day loss. A 32-0 win over Wales was an excellent riposte after a disastrous result in Italy but who knows what France we will see travel to England. If it’s the clinical French of the weekend just gone then they will give England’s unbeaten record at Twickenham a real rattle, but if it’s the France of the week before, England will be confident of getting back on track.

Wales were hugely disappointed not to back their fine performance over Ireland up with a decent showing in France and will want to get their first win on the board against Italy next time out especially with World Cup qualification now effectively hanging in the balance.  Italy now sit on six points in the race to be one of the automatic qualifiers (Ireland are almost certain to go through alongside England and France now with one spot left) so the clash with Wales, who have four points, next time out is almost an elimination game with the losers looking ever more likely to have to go to Madrid for a difficult final European eliminator in April.

Finally it’s probably difficult to read too much into Italy’s 8-0 win over Scotland in awful conditions in Dundee except to say that Italy will be full of confidence following two opening weekend wins.   Their try came against the run of play and the Scots are now almost certain to finish in the bottom two and will have to head to Madrid. Ireland at home next time out looks a tough proposition.