The higher profile of the Women’s Six Nations has produced impressive crowds and TV ratings in the opening two weeks. 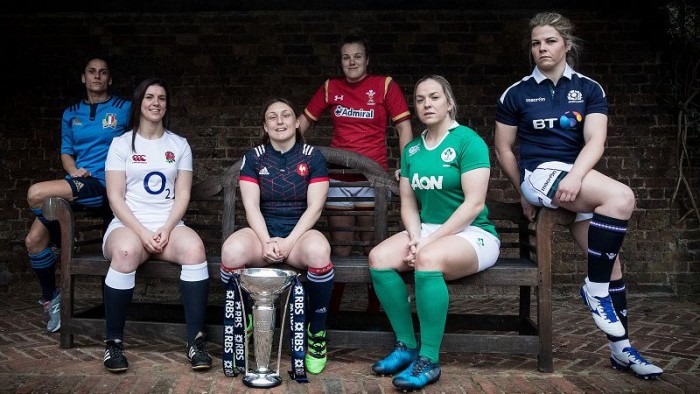 The first two weeks of the Women’s Six Nations has produced some impressive crowds, including:

* The second largest paying Women’s Six Nations crowd ever - 10,058 - came to cheer France on against Scotland at La Rochelle last weekend. The only bigger ticketed attendance at a Women’s Six Nations was 11,170 at Perpignan for France v Ireland last year (though the RFU estimated 15,000 watched England v Ireland, free, at Twickenham in 2014).

* 4,500 attended the Stadio Tommaso Fattori in L'Aquila for Italy v Ireland, making it the largest recorded crowd for a Women’s Six Nations – and probably any women’s rugby match – ever in Italy, surpassing the 3,500 for Italy v Wales in Padua in 2015. The same fixture attracted 3,300 this year.

* In past years Wales have generally not released attendance figures, so it is hard to be certain but the crowd of 4,113 for Wales v England last weekend seems to be significantly larger than any crowd at a women’s international in Wales since at least the last World Cup.

* Even Scotland’s 1,200 for their opening game against Ireland was the biggest published attendance at a Six Nations game since Scotland moved their home games to Broadwood.

The RFU estimated that 5,000 watched the game at Twickenham v France in the opening week – though accurately estimating the size of unticketed crowds at HQ is tough, hence the doubt about the crowd in 2014

Ireland have yet to play at home this year, so it will be interesting to see how their crowd in the next round will compare with the 3,263 who turned up to their first game at Donnybrook last year, while attendances at The Stoop have been between 3,000 and 4,000 in previous years. What will the crowd be this year?

TV audiences have also been good. Sky do not release ratings, so we do not know what the audience has been in the UK for England’s games, and Eurosport have similarly not announced anything for Italy’s internationals.

However, France 4 recorded 615,000 for France v Scotland – the highest audience for the channel on the day, and a 2.8% audience share at peak time on a Saturday evening. England v France achieved a similar audience the week before.

But, with the World Cup on the horizon, it is the audience on RTÉ2 in Ireland that stands out. In the opening week Scotland v Ireland achieved an audience share of a remarkable 12.6% on a Friday evening (at 159,000 it was very nearly the highest ever Irish TV audience for the Women’s Six Nations), and also recorded an 11.6% share last Sunday afternoon for Italy v Ireland.

The Women’s Six Nations is currently seeking its first sponsor.