Impressive start for England in U20 Tri Nations

England Women U20s got their Tri Nations Cup campaign off to a winning start with a 10-try 62-0 victory over USA. 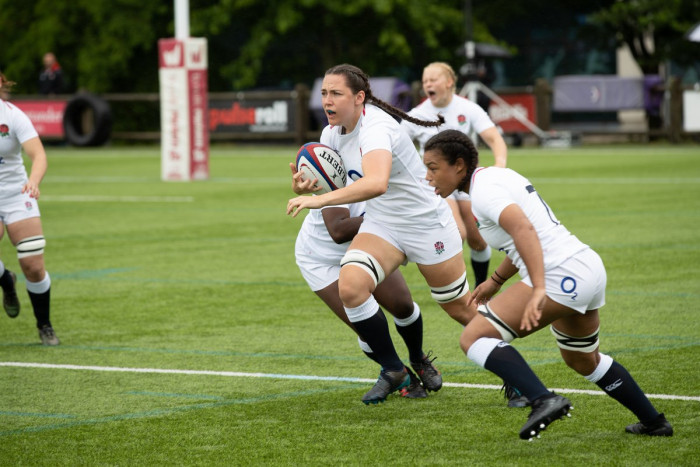 England led 22-0 at half-time, scoring four tries through Phoebe Murray, Lucie Skuse, Carys Cox and Cara Clarke, as well as one conversion. They followed that up with six further tries in the second period with Akina Gondwe, Clarke, Detysha Harper, Cox, Ebony Jefferies and Jess Cooksey all crossing.

Murray was first to cross before Skuse showed a burst of pace down the right wing to score. Cox went over in the corner after good team play and Clark completed the first-half scoring with a brilliant individual effort.

Gondwe was first to cross after the second period, powering over the line with Clarke finishing off a fine run soon after. Harper was next on the scoresheet while Cox was the beneficiary of a nice offload by Ebony Jefferies to score her second. Jefferies scored the penultimate try before Cooksey scored a fine individual effort to complete the victory.

England U20s coach Jo Yapp said: "We are really pleased with the girls’ efforts overall because we wanted to play a wider game and they really tried hard to do that.

"We made a few mistakes in the first half but in the second period we started to correct those and we played simple but effective rugby which was exactly what we wanted. They worked so hard this week so to see some of it come off is really satisfying. The key thing now is rest and recovery. We'll review the game and that is an opportunity for us to improve. Although we are pleased with the result, we know we can do better and will have to against Canada who will be really tough opposition."