Ireland have appointed a short term head coach to take the national team through next year's 6 Nations. 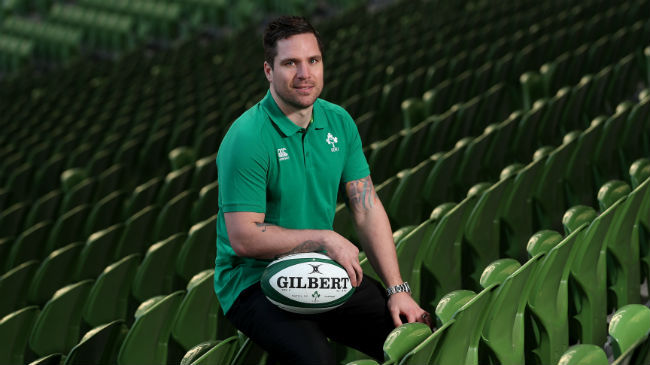 Adam Griggs takes on the role with experience in the women's game, having previously coached Leinster women. He takes on the part time role alongside his day job as a Community Rugby Officer with Leinster.

He has been the Leinster Women's Head Coach since 2016, guiding the province to the 2016 Interprovincial Championship, and where he also worked as Assistant Coach with the Leinster U19s.

He also has other coaching experience in the men's game guiding Old Wesley to the Ulster Bank League Division 2B Play-Offs as a player-coach last season.

As a player, he came though the Canterbury Crusaders Academy before moving to Ireland. He won the Ulster Bank League with Lansdowne FC in 2015 and has also lined out for Leinster A.

The appointment process has been controversial, with the IRFU's decision to advertise it on a "casual part time basis" being heavily criticised and leading to protests in the women's club game.

Griggs will join the squad this weekend, as they begin their preparations for the 2018 Women's Six Nations”.

"I'm delighted to be named as Ireland Women's Head Coach and having coached during the inter-pros I know the huge amount of talent there is in Ireland.

It's a new challenge for me, but it's an exciting one. This is a fresh start for all of us within the squad and I know the players are highly motivated to do well.

I look forward to getting things underway as we build towards next year's Women's Six Nations”.

The position will be reviewed post Six Nations, in-line with the IRFU's ongoing strategic review of the women's game in Ireland.