After withdrawing from the European Championship, Ireland hosted Great Britain as their visitors continued their Olympic preparations. 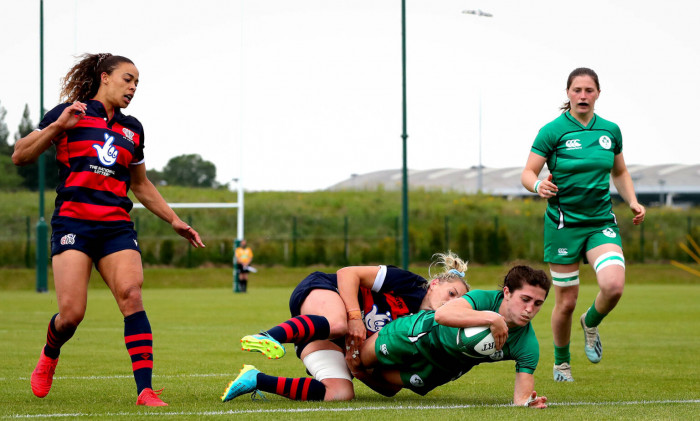 A month after Great Britain had hosted Ireland and France Ireland returned the favour with the HPC Sevens at the IRFU High Performance Centre in Dublin. However, on this occasions only Great Britain could provide opposition.

On the first day Ireland coach Aiden McNulty split his squad across two teams, each playing Great Britain twice, as well as having one inter-squad game.

Speaking afterwards, McNulty said: “It was really positive day. We’ve spoken about going from good to great and we produced some really strong performances, mainly in defence. There is stuff we can get better at for sure, but we’re really excited about Day 2 and the opportunities that it’ll bring.”

On the second day Ireland combined their squad for a three game series with Great Britain.

Ireland began with an impressive win in the first match with Amee Leigh Murphy-Crowe to the fore in the home side’s 31-21 victory. GB bounced back in the second game of the day with a 47-5 victory before Ireland, led by Lucy Mulhall, ensured they finished the tournament with a flourish as they secured a 24-12 victory.