Ireland recorded a hugely impressive 39-0 win over Italy to stay in the hunt to defend their 6 Nations title. 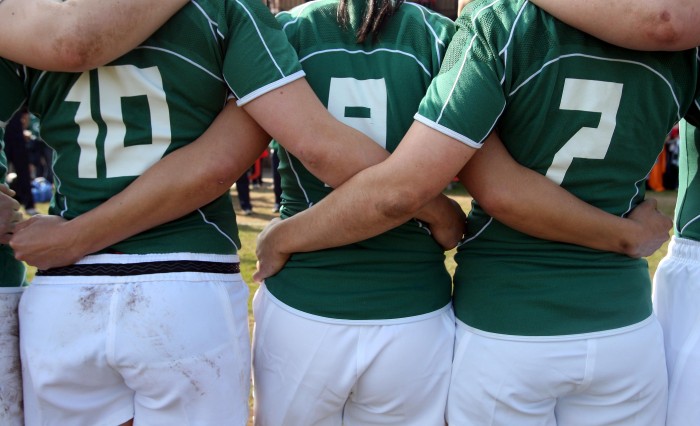 Although France are likely to beat Scotland tomorrow, Ireland can still travel to the French, with a chance of winning the title on points difference, with England also still in the running.

It was one of Ireland's finest performances this season as the hosts got stronger and stronger as the game went on.

Ireland scored first through a Niamh Briggs penalty but Italy came flying out of the blocks afterwards with Michela Sillari and Maria Grazia Cioffi causing hassle for the Irish in attack.

Indeed they came close to scoring out wide in the early exchanges but Ireland's defence held firm.

Briggs hit the post with her next effort as Alison Miller made a break out wide and the Irish had a great chance to add a try from a driving maul but Sophie Spence just spilled the ball going over the line.  Briggs eventually went for posts and made it 6-0 as Ireland got some reward for that decent spell.

Claire Molloy was to the fore throughout Ireland's early defensive efforts and it was the flanker who raced over for the first try with a brilliant finish through the middle of the Italian defence. Briggs converted to make it 13-0.

Ireland then started to open up in attack with Miller, Lynne Cantwell and Briggs all prominent in another move which ended with Spence being help up over the line. From the scrum through Cantwell dummied her way over the line and Ireland were suddenly comfortable with a 20-0 lead.

Ireland began where they left off after the break with a searing break from Briggs and a followup charge by Molloy getting them into the '22 but a loose ball saw Italy hang on.  Ireland should have scored minutes later but were called back for a forward pass. They didn't have long to wait though with Miller putting in a top finish to score minutes later.

Ireland came close again with Amy Davis on a charge but it was from a scrum the next try came as Ireland crushed their opposition 5 metres out and number 8 Heather O'Brien picked and dived over.

Ireland's scrum created another chance for Hannah Casey out wide but Italy's defence was tenacious as Ireland messed up a chance a metre out.