Ireland’s decision to prioritise sevens and remove their best backs from the remainder of the Six Nations Championship could not have come at a worse time and is reflective of poor strategic decisions taken by the IRFU in recent years. 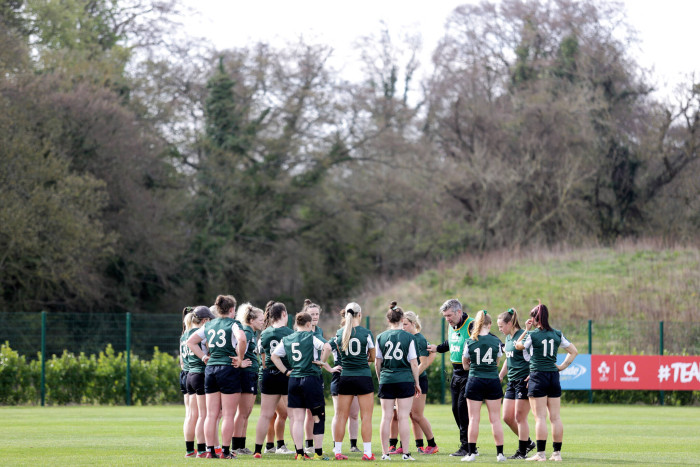 There has been much talk of records continuing to tumble in the women’s game.

This weekend in Leicester, ticket sales have already surpassed the 15,000-mark, meaning this will be England’s best crowd ever for a home Six Nations game and if there is a flurry in sales in the coming days, we could well see this game break the record for the best attended standalone women’s test match.

But there is another record to be concerned about.

Twenty years ago, Ireland ran out in Worcester with a young and inexperienced team. They lost 79-0, a result that is still the highest margin of victory in the history of this fixture.

Ireland’s squad selection this weekend, forced because the Irish women’s sevens team is under pressure to qualify for a major tournament and so need game time alongside a desire not to be relegated from tthe World Series, means that it is not impossible that that margin of loss could be surpassed.

That is by no means an intention to degrade the ability of the players coming into the team to replace those who are instead preparing to play on the World Sevens Series, but simply an indication of where England and Ireland’s respective 15s programmes are at.

England are beating first choice teams for fun, so an Ireland team with a largely brand-new backline, away from home, coming in cold – well this could be pretty ugly.

There must be significant disappointment by all those involved in selling and marketing the women’s championship that this showpiece match, in front of a huge crowd and on free-to-air TV in both countries, will likely be a one-sided demolition.

It is surely hard to explain to current and would-be sponsors that the game’s pinnacle tournament has seemingly been deprioritised by one of the leading countries involved, even if there is context to the decision.

The context is this.

Ireland are trying to do something that none of their closest rivals - Scotland, Wales and Italy – are, and that is have a competitive team on the sevens circuit while trying to also run a competitive national 15s team.

You could argue that it is frustrating for the IRFU therefore that they are now effectively being punished for attempting to compete on more than one front when others don’t even try, but that would ignore the fact that strategic decisions they have made in the past, only now being unravelled, have contributed to a position where they simply do not have anywhere near the pool of talent to do so.

And it doesn’t and did not have to be like this.

The letter written by current and former Irish 15s players last year spoke to many past failings of how the Irish game was being run, including the lack of any meaningful and dedicated pathways and resources to help build the country’s talent pool.

Unsaid was a frustration with the continued prioritisation of a sevens game, largely funded by Sport Ireland, that was still being asked to back up the country’s national 15s team, rather than focusing on identifying talent that would enable Ireland to attempt to operate separate playing pools, as most nations straddling both codes now are.

It’s true of course that Ireland has a small playing base generally and that it is not easy to build talent pathways, but they could have at least tried.

Instead, they seemed to persist with a strategy of focusing on or prioritising sevens most of the time and 15s some of the time.

In the end neither programme has been able to flourish.

The IRFU now desperately need to show some return on investment, thus the removal of players this weekend in an attempt to ensure their players are match ready when they ideally head to Cape Town later this year. Even so the decision to prioritise Langford next weekend is a little puzzling, as there is nothing riding on the round and the team is almost certain to qualify for the World Cup given all of the spots available.

Either way, the players of both programmes have ultimately been done a disservice by the strategic decisions taken above their heads in recent years and it is only thanks to those who spoke up last year that Ireland will now have someone working permanently on sorting out their pathways and that dedicated work is now ongoing to build two sustainable programmes that can be successful.

Ireland now need to make another strategic decision. Use this summer’s 15s tour to blood emerging backline talent and end their deep reliance on crossover players.

Sure, there will always be players who want to and at times can play both, but the women’s game is moving on and Ireland must too.