Ireland: "It's going to be unbelievably tough"

Ireland Women's coach Tom Tierney is under no illusions about the challenge facing his team as the squad for the opening games was announced today. 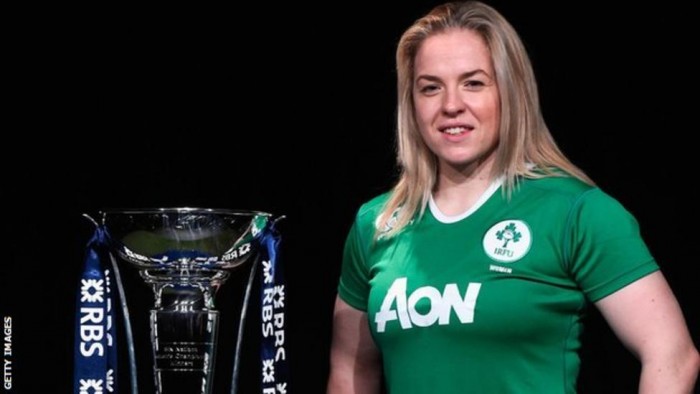 "It is going to be unbelievably tough. Everyone will be marking us and wanting to beat the champions." That's how coach Tom Tierney summed up the challenge that champions Ireland will face when the Six Nations begins next month.

The opening games will a real challenge he believes: "Wales at home will be a very tough one. Last weekend showed that Wales will be strong and very competitive this year. And it doesn’t get any easier after that with England and then France in Perpignan. But we just want to be competitive."

So can we draw any conclusions from last weekend's warm-up game? "They are very well drilled. There was a bit of play-acting between the teams - we did not want to give anything away - and we got a chance to give 26 girls having a good run out, which was the main thing."

The Sevens World Series takes away many of the squad, but unlike England, France and Scotland, the Irish are not closing the door to playing their sevens players in the Six Nations, so long as they are available (which they will not be for the first two rounds). "We are very conscious that we want it to be one programme that covers both formats of the game. Obviously there’s the World Series to be competitive in and the Six Nations, but we are building a squad that can cover both sides of the game. We don’t want to have a squad that can only do one or the other. We were also very conscious that we did not want to force players to make any decisions between one format or the other. They are Irish rugby players, and available for both. And they girls have responded to that, so it’s great.

"And sevens will carry on beyond 2016. It’s here to stay for 2018 and beyond. So its exciting times for both 15s and 7s. Success has given us a great return from the publicity point of view. The game is really growing and it’s an exciting time to be in Ireland. But obviously it’s going to be tough remaining competitive in both games."

Looking at the squad, Tierney added, "We have named a squad full of talent for this year's championship. There is a nice blend of youth and experience and the vibe in the camp has been very positive over the last few weeks. We've had the opportunity to see a lot of the girls play and we've looked at a number of combinations. The newer members of the squad are doing really well, so we're looking forward to getting the campaign underway against Wales in Donnybrook and seeing what the girls can do. A number of new caps are coming in with the girls away with the sevens for the first two games. It’s a huge opportunity to expand our playing base."

The defending Six Nations Champions will play their home matches in Donnybrook this season, opening their campaign there when they face Wales on Saturday 6th February. They will also take part in a double header in Twickenham, when they play England directly after their male counterparts on February 27th.

There are a number of players who will be looking to win their first Ireland cap during the championship. Tralee and Munster players Zoe Grattage and Ciara Griffin are joined by Tralee teammate Ciara O'Connor, who plays provincially with Connacht and St.Mary's and Connacht flanker Grainne Egan as the uncapped players in the pack. In the backs, U.L Bohs and Munster wing Liz Burke and centres Elise O'Byrne-White (Old Belvedere and Leinster) and Claire McLaughlin (Queen's University and Ulster) are also uncapped. Niamh Briggs will again captain the side from full-back.

Beyond the Six Nations the November international was a great experience which Tierney intends to build on. "We’re looking forward to a number of teams coming over in November, giving the girls much more game time. Its about getting ourselves more aligned with the men. Hosting the World Cup is a huge plus as it means that people want to be a bit of a recky around the country, so we want to take full advantage of it. And if we get a good return on that hopefully it will be something we can continue in the future."