Irish Rugby has launched its long awaited women's rugby strategy after a challenging year including a poor home World Cup performance and numerous criticisms from leading players and other voices about the direction of the game. 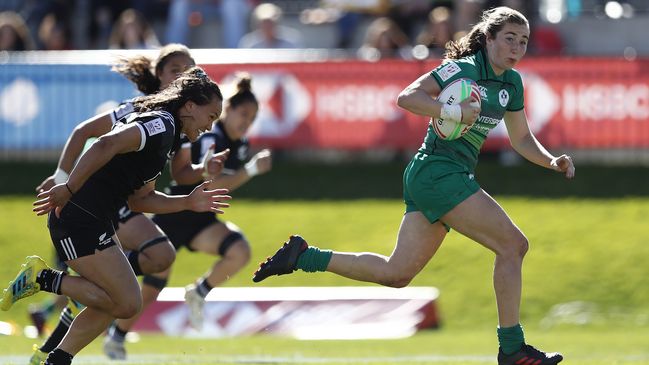 The strategy includes some decent targets, especially for the sevens game, and recognises that Ireland has a problem with its pathways and playing base numbers, which are proving such a barrier to driving resources through to the adult game.

The headline targets are to increase the adult women's playing base from 1,341 to 5,000 by 2023, to more than double the number of secondary schools playing the game and qualification for the 2020 Olympics.

Performance wise, for the 15s team the target is one Six Nations win and a top three finish in other years - pretty unambitious given Ireland are twice winners of the competition; while surprisingly the strategy opts simply for a top 6 finish World Cup finish, dispelling the idea that there is any expectation for Ireland to ever go on and win it, despite being semi finalists as recently as 2014.

The 7s goals are much loftier - including Olympic qualification and winning two World Series competitions, a reflection of the improvements and investment in the women's 7s game.

There is no mention of an U20s programme - something that would offer a boost and perhaps more ambition underneath Ireland's 15s team. There is an U18s plan which would see players exposed to international level at 7s - but in the 15s game, all of the U18s action seems to simply be domestic, again cutting off a decent route of talent to the national team.

The strategy is published alongside a wider plan for the entire game, in which the union is at pains to point out how little revenue the women's programme brings in.

In a finances section it says "the men's international game generates 80% of our income" somehow ignoring the fact that this is partly so because the union invested in the early days of a fledgling game in the way it has never considered for a long term return in women's rugby.

There is plenty of good in ths strategy - and finally the Irish game is working under a plan and a vision but it is also a sharp reminder of the painfully low base Ireland is seeking to improve from.

It is quite remarkable for example that Ireland perform as well as they do on the test stage from a player base of just over 1,000.

Time to crack on.