IRFU accused at a lack of respect by its women's clubs

Clubs across Ireland took part in a protest against the IRFU this weekend, writing the word "legacy" on tape on their wrists. 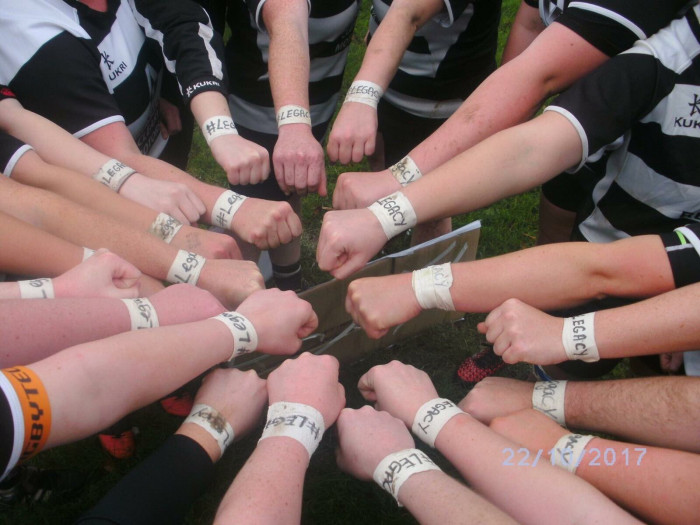 The IRFU used the word legacy as part of their marketing buildup for the recent World Cup and the players have used it in response to the decision by the union to make their previous full-time head coaching role part time, without informing players or clubs beforehand.

The ad appeared without warning on the IRFU website last week, advertised as a "casual" position and offering a six month contract. The players have been without a coach since the end of the World Cup and have no fixtures planned for the rest of the year.

The club protest was only in part a reaction to that decision but also at the lack of direction at grassroots level, support for the club game and no obvious plan to build the legacy from the World Cup, which generated enormous public interest in Ireland.

Numerous teams published statements in support of the protest, all following a similar template as below. Most of the teams published images, with a raft of current test players pictured holding signs or wearing the wrist band.

"This weekend we stand united with our opposition to highlight the IRFU's lack of respect towards the women's game in Ireland. We are wearing wristbands that read LEGACY. What legacy has the women's game in Ireland been left with post World Cup. The disrespect shown in advertising the Head Coach of our national women's side as casual and part time speaks volumes for the priority the women's game holds for executives in Landsdowne Road. We are also extremely disheartened by the manner in which the IRFU Performance Director David Nucifora spoke of the women's All Ireland League - a league which he seldom attended and a competition which the union must invest in as a platform to develop aspiring internationals. We stand in unity with our with our club mates, our opponents and our national heroes beseeching the IRFU to implement a long term strategy for the development of women's rugby, domestically and internationally."