The IRFU have denied that they have downgraded the role of the head coach of their women's XV team and have apologised for the upset their handling may have caused. 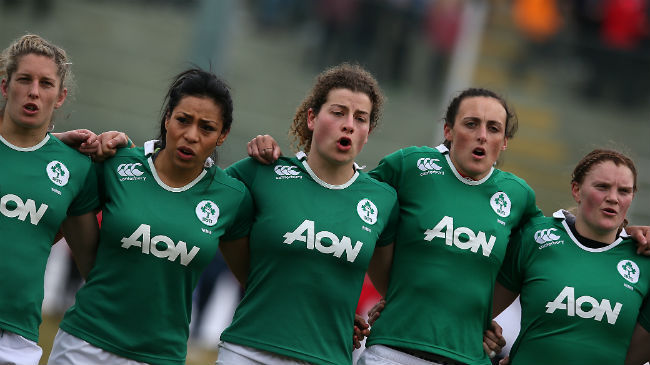 The union have been roundly criticised by current and former players for the decision to advertise the role of head coach as a part time "casual" role with a 6 month contract.

The role replaces the one held by Tom Tierney who stepped down at the end of the World Cup. He was fulltime and had a three year contract.

The IRFU dispute the first part of this - saying that he also had 7s duties so was not exclusively the 15s coach and suggest that the role is temporary so they can review it again at the end of the 6 Nations.

That itself is baffling, given the IRFU have been conducting a World Cup review and have had months to make a decision on the direction of their XV programme.

With no fixtures on the horizon, no coach and no clarity on strategy, it will be difficult for players to swallow this explanation.

Here is the IRFU statement in full

The IRFU wishes to address the confusion that has arisen in recent days regarding the coaching position for the Ireland Women's team.  The IRFU regrets any upset that it has caused.

Contrary to recent comment, the IRFU has not downgraded the coaching role in relation to the Ireland Women's team.  While the outgoing coach was employed on a full-time basis, he was, as confirmed in the announcement of his appointment in December 2014  a shared resource across the Women's XVs and Sevens programmes. He was not exclusively employed as a full-time Ireland Women's XVs coach.

The IRFU confirms that it is in the process of reviewing the entire structure of the women's game in order to develop the next long-term strategy as we build to the 2021 Women's Rugby World Cup, and beyond.

Based on the experience of the most recent structure, which saw the sharing of time between the Women's XVs and Sevens programmes, the IRFU is seeking to appoint a coach on an interim basis, to work exclusively with the Ireland Women's XV team, until the end of the 2018 Women's Six Nations.  As confirmed already, this coaching position will be re-examined fully after the tournament, as part of the wider IRFU review.

At a recent press conference in Dublin, Performance Director, David Nucifora spoke of the need to examine the women's game from grassroots level up. This will ensure appropriate levels of competition in the domestic game, and foster the development of players with international potential.

The person who takes on the Ireland Women's XVs team coaching role will work with, and report into, the Director of Rugby.

It is important that, on conclusion of the on-going review, the IRFU is in a position to appoint staff, including a head coach, full-time if necessary, who can deliver to the long-term strategy identified.