A group of Irish women's players have met key government Ministers as they seek to make changes to improve the game in Ireland. 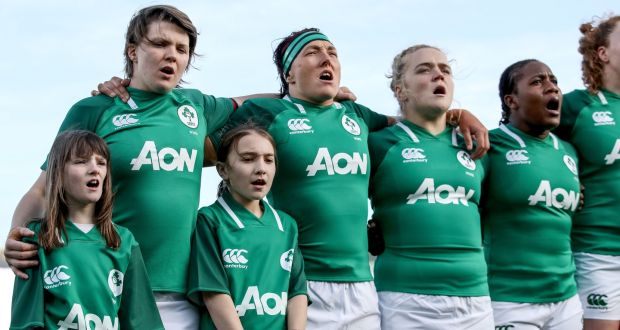 Former captain Ciara Griffin joined Claire Molloy, Cliodhna Moloney and Lindsay Peat in a meeting with Minister for Sport Jack Chambers and his boss Minister Catherine Martin this week to take them through the context behind the letter sent by 62 players last week, which has received massive coverage in Ireland.

The players issued a detailed statement afterwards and it's understood the next steps will include a meeting supported by government and Sport Ireland in January where players will meet with IRFU offiicals to seek to make progress.

Their statement, issued on Monday, is as follows in full:

“We want to thank Minister Catherine Martin TD, and Minister of State Jack Chambers TD, for taking the time to meet with us today.“This was a very positive and constructive meeting at which we set out more detail around the challenges we addressed both in our letter last week and in the additional submission that a group of current players sent to those reviewing the women’s game in Ireland.”We now await the next steps in the process and look forward to making progress in the New Year.

“We also want to thank everyone who has shown us support over the last week both publicly and privately, from the media to the wider public.

“This has been a difficult time for many of us involved because none of us enjoy seeing women’s rugby talked about for negative reasons.

“After we sent our submissions to the government last week, we deliberately chose not to speak out again publicly, not because we do not want to engage in the issues, but because we were unified in the message we sent, and we had no desire for a more public row with our own governing body.

“Ultimately, we are a group of women who love the game of rugby and believe passionately that it is brilliant sport for women and girls of all backgrounds, ages, shapes and sizes. It is a sport which has given us players so much and one we know that, if managed and directed well, has massive potential for growth and success across this country.

“Our aim is to persuade those who run the game in Ireland of this too.

“While the IRFU’s initial response was disappointing, we are pleased it has since confirmed it will publish the two ongoing reviews.

“We know these may well make uncomfortable reading for all involved, but we are determined that they at least can be used as a starting point to bring about the sort of change that means women and girls will feel welcomed, included and valued as part of the Irish rugby community at all levels and that they will be much better represented across all aspects of governance.

“As we set out in our meeting today, any real change will need to be accompanied by a genuine culture change within the IRFU, from the top down, to one which listens to women, uses that insight to do things differently and one which understands that meaningful inclusion of women at every level will lead to a game which better serves everyone in Ireland.

“We know this process will take time.

“We also note that the IRFU’s most recent statement to the media suggests better collaboration from the New Year with players and we welcome this.

“We want to be the last group of players who ever have to go through this and we feel hopeful that change for the better is more than possible.”