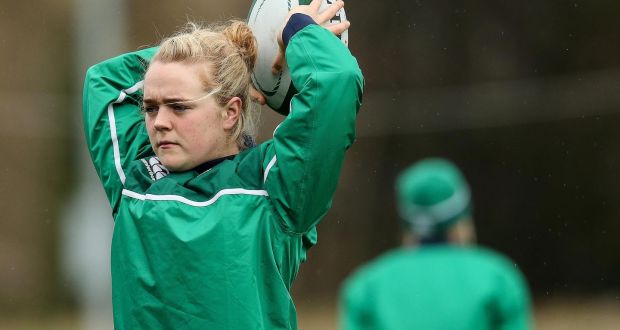 Eddy was appointed to his role in the wake of that 2014 success and was there when the team won a Six Nations title in 2015, but since then he has overseen a programme which has badly slid and his comments this week have created angst among prominent players.

Appearing to lay the blame at the players ‘door he said:

“We were training and still operating through lockdowns and everything else because of what we put in place for them to try and qualify.

In attempting to explain the current levels of investment and issues around the crossover of 7s and 15s players, he also made a number of inaccurate comparisons with the Welsh women’s programme suggesting that Welsh players also swap between their programme and that the teams were comparable, when the reality is that Wales have no significant 7s programme and are ranked a lowly 13th in Europe.

In response, Ireland’s Cliodhna Maloney who is currently in camp preparing to play the USA this weekend said: 'I could have sworn slurry spreading season was spring… I stand corrected'.

Former captain Claire Molloy also commented: “Truly disheartening and disappointing read for everyone involved in women's rugby in Ireland. Where is the accountability? Oh sorry, that's for players alone to bear.”

“Spineless. I honestly wish I was more surprised at this take from Eddy but I'm not.

"Is this the voice of someone who cares about the women's game in this country? "Utterly deflating and I can only imagine what current players are feeling.”

An IRFU statement in response said:

"The IRFU has appointed an independent consultant, Amanda Bennett, to conduct an independent review into the preparation, participation and performance of the Ireland Women's XV during the recent RWC 2021 qualifying campaign.

"The review is taking place at a time when players and coaches are available to media to promote upcoming games.

"We do not believe it would be appropriate to ask media to refrain from asking questions on any topic, and in recent days Anthony Eddy and a player (Kathryn Dane) have fielded question in relation to the RWCQ.

"Over the course of the next two weeks of matches it is inevitable that further questions will be put to coaches and players during media opportunities.

"Stakeholders will have an opportunity to provide feedback to Amanda and her team but while the review is on-going it would be inappropriate for the IRFU to comment further."