At the "Plebiscito" Stadium in Padua, in the pouring rain, Italy recorded their second consecutive victory in the fifth and final day of the Women's Six Nations, beating Scotland 26-12 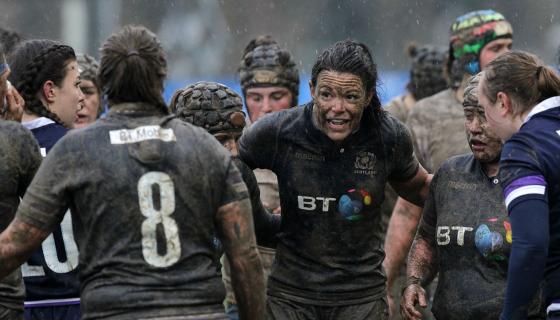 A rainy day welcomed the teams in Padova and a heavy pitch meant that after the opening exchanges flowing rugby was going to be hard to come by.

The hosts were clinical in the first half and Scotland had too much to do in the second period to overturn a 19-point deficit.

Italy made the dream start, getting over the line twice in the opening ten minutes from some powerful running and good hands, leaving Scotland with a battle on their hands early on.

The visitors looked to respond within the first quarter but were unable to capitalise on some good territory, knocking-on in the Italian 22.

They wouldn’t have to wait long for another opportunity, however, as Hannah Smith broke from deep to bring play up to the five-metre line. The hosts slowed the ball well and Scotland had an attacking scrum.

Once more, Italy did well to slow things down, escaping with the ball and they would finish the first quarter with a 12-point lead.

The hosts continued to attack and they were denied a further score on 23 minutes as the TMO stepped in for a forward pass.

A few minutes later, however, there was no such intervention and Italy had their third try. The conversion was successful and Scotland had a mountain to climb to get back in the game.

The best chance of the half for Scotland came on the half-hour mark after a neat inside ball to Smith whose pace took her to the 22. Scotland built patiently but the move came to nothing as the sodden ball came loose in contact just short to deny the Scots any first-half points.

With conditions as trying as ever after the break Scotland initially struggled to keep the ball and Italy had claimed their bonus point within five minutes of the restart with a similar effort to their others.
The Scots rallied well though and had a number of good passages of play with the forwards making the hard yards and trucking the ball up in the tight.

Lana Skeldon was the first to finish off that pressure when she powered over the line for the Scots’ first points.

The visitors persisted with the best of the action for much of the second half and with 63 minutes on the clock their  forward play gave substitute Eilidh Sinclair the space to get over and give Scotland some hope.

It was not to be and what little rugby could be played from that point on took place in the centre of the park as both teams wrestled with the pitch and weather.

Italian pressure at the end of the match came to nothing and they kicked to touch to bring the tournament to a close.