After their best 6 Nations campaign ever, Italy are clear favourites to win next week’s World Cup tournament in Madrid. However, while full of confidence, they still recognise the challenge ahead of them. 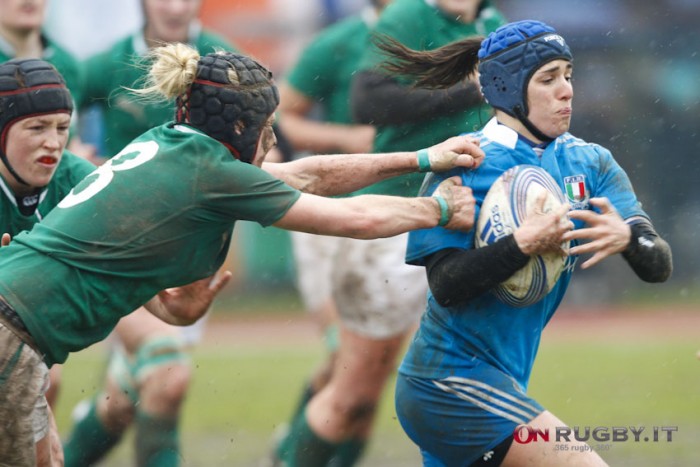 Three games in eight days against Scotland, Samoa and Spain is much more gruelling than the 6 Nations and so much rugby in so few days, against teams who will be very physical is not easy.  For us, it is the physical area that is always a challenge for us and an area where we have to respect to our opponents. We have no problems with our tactical approach to the game and the individual skills of our players, but when it comes to sheer physicality it remains a challenge.”

Captain Sylvia Gaudino agrees. “It will not be a walk in the park to qualify, but the scenario is simple - if we win all of our games we will secure a place at the World Cup.  But I think they’re all difficult matches. We don’t know what to expect from Samoa, for instance. Last time we saw them play was back in 2002 - and we expect a very physical team.”

Tonna adds “We do not know much about them but we do know that, like their men’s team, they will be warriors. It’s in the blood, but also in their approach to the game. It will be a very tough”.

Looking ahead to playing Scotland, Gaudino continues, “Although we did win the last 6 Nations game against them, we didn’t do so by a large margin. We also played Spain in a Test in December, which went pretty well. However concentration will need to be very high in every single game as motivation will be very strong in all the teams we will be facing as they seek qualification for the World Cup.”

Coach Andrea Di Giandomenico has been able to select almost the entire squad that came so close to beating Ireland in the final game of the 6 Nations – and the aim is to take the confidence and self-belief the team found this year, forward to Madrid. Gaudino still looks back on that with pride, but also a feeling of what might have been: “We secured two fantastic wins, but we also lost two games against Wales and Ireland which we could have won which left us a bit disappointed,” she admits.

Looking further ahead Tonna is also delighted that the 6 Nations remains unchanged for 2014. “I was actually quite surprised as the determination to change from some Unions seemed so strong and everything seemed decided. I hope the decision will last because at stake is not just problems faced by the individual unions, but the future of the women's game as a whole."

“When the players heard the news their reaction was overwhelmingly positive precisely because they felt a bit like condemned prisoners, found guilty when they had done nothing wrong! It would have been such a giant step backwards.”

As for next week,  “Qualifying for the World Cup is our goal for this season”, says Gaudino, “and securing that through the 6 Nations would have been just perfect. Unfortunately we lost to Wales and that’s where things got complicated. We want to secure qualification really badly. We’ve worked hard for many years now in order to get to play at the top level of the game and we have grown a lot more mature.”