Italy, Spain, Ireland and Scotland will battle it out for a place at next year's World Cup at qualifiers hosted by the Italians in September. 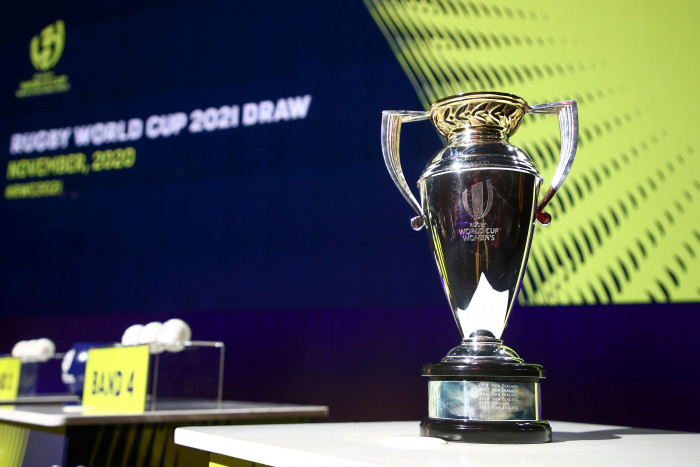 The rescheduled European qualifier will take place on 13, 19 and 25 September, 2021 in Parma’s Stadio “Sergio Lanfranchi”, Italy, home of the Zebre Rugby Club.

The teams will compete in a round robin format with the top team booking a spot in Group B at the World Cup and the runner up will enter the Final Qualification Tournament.

This leaves just three places available - one each through the Europe and Asia qualifiers, with the 12th and final spot to be decided at the Final Qualification Tournament.

Rugby World Cup 2021 Tournament Director Alison Hughes, said: “We are pleased to be able to share the details of the rescheduled Rugby World Cup 2021 Europe qualifier. The global disruption caused by COVID-19 has been frustrating for all unions still within the pathway but we appreciate the patience and flexibility shown by our unions and their efforts to ensure the qualification process can be completed safely and fairly. Next year’s Rugby World Cup is shaping up to be a truly spectacular event and we can’t wait to see the world’s top women’s 15s players take the stage in New Zealand.”

Marzio Innocenti, FIR President, said:“Our successful bid for hosting the European RWC 2021 qualifier perfectly witnesses once more the Italian rugby resilience. We faced an unprecedented struggle over the last months, never keeping our heads down and being focused and questioning ourselves how to retake full control of our destiny, while keeping health and safety of each of our players and Clubs at the very core of our commitment. We developed world-class protocols and procedures, which World Rugby recognized in assigning to Italy the Rugby World Cup Qualifier which will entitle one European team to compete in New Zealand in 2022.

"As FIR President I can’t and won’t hide we’re extremely proud for hosting the event, a pride I want to share with every single Italian rugby player. I’d also want to thank the Emilia-Romagna Region, the Parma’s municipality, the Zebre and the local Clubs for immediately making themselves available to host, support and make this event the best possible one for the Teams.

"Our women built their international credibility over the years, earning respect from their opponents on the test arena and a brilliant place in the World Rugby ranking, boosting the growth of the Game in our Country and across the whole Italian sporting community. I do know how brilliant this bunch of women is, and how strong is the bond between the players and their coach Andrea Giandomenico: they will go on to the end in playing their chances to reach the qualification and represent our Country and our jersey later in 2022 in such an iconic rugby country, as I had the privilege to do when I skippered Italy at the 1987 inaugural Rugby World Cup. Shouldn’t it be the case, credit to the RWC Qualifier winner which will be however bringing a little piece of Italy to New Zealand with them. Maybe, the Final Qualification Tournament will give us a further chance. Go Azzurre!"