In any tournament, if there are winners there must also be losers, and it was Italy who had the toughest time in this year's Six Nations. Italian website Rugby Meet recently spoke to national coach Andrea Di Giandomenico. 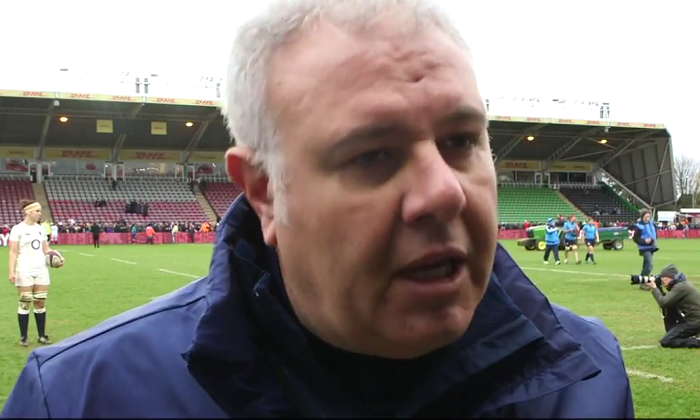 2016 was a memorable year for women’s rugby in Italy, following on from a best ever Six Nations in 2015 with qualification for the World Cup for the first time since 2002 - given that all previous Italian World Cup appearances have been by invitation, technically it was the first time Italy had ever qualified for the tournament.

But 2017 has been very different. For the first time since Andrea Di Giandomenico took over the team ended winless, a performance that also saw Italy drop from 7th to 10th in the World Rankings (the only significant change in the rankings following the tournament) putting them below Wales, Spain and the United States - at least two of whom they will play in the World Cup.

Between the 2016 and 2017 Six Nations the new Six Nations champions – England - played eight games. France played six times, and Scotland, Wales and Ireland took part in four tests or general warm-up games. Italy played none at all. This was a significant departure by Italy, whose rise up the Six Nations was in part due to their regular participation in Autumn internationals and European Championships. That change of policy was certainly not a management decision, but rather appears to have been forced on Di Giandomenico and his team by the Italian Federation, whose financial problems have resulted in severe budget cuts, with the women’s team – never the wealthiest in the Six Nations - suffering proportionately more.

Giorgio Sbrocco from Italian rugby website Rugby Meet met with Di Giandomenico to discuss the recent Six Nations and the hopes for the rest of the year as he was preparing to fly out to Hong Kong with his sevens squad for the World Series qualifier:

Are you disappointed by the recent Six Nations?

- There is no denying it. It was a tournament during which we aimed to hit targets that proved beyond our reach. But it was not altogether bad, mind you! We started with a number of beliefs about ourselves which, during the five games, we had to adapt and make adjustments.

Italy not as strong as its opponents?

- In part that is true. We clashed with the reality that, in all honestly, we felt had not moved on as much as, for example, Scotland and Wales, which were behind us in the World Ranking at the start. And that the test of the competition, the other teams were consistent and well-organized complex. And as for France ...

– They genuinely surprised me. They have has deployed a back line formed of some very strong elements, much better than in the past. It is sign that the French have decided to invest in the women’s game and allocate significant resources it.

What effect will this have on the World Cup?

- There is no doubt that the World Championship event has had a decisive influence on the choices made and the preparation of the other national teams. We have opted for an “soft” approach, not wanting to go too fast too soon, in line with the needs of a group the new faces that have joined it.

Is there anything positive you feel you point out to me?

- I would start the Test against England, a team far better than any of the others, and with whom we battled for long stretches at par and against who we, the only team in the tournament, scored three tries. Again, some very positive work by some of the younger elements taking their first steps on the international stage. However, we discovered a limit ...

- A lack of consistency. We alternated between very good and productive phases, characterized by high intensity and effective play, to others where we were lacking in clarity and physicality. It is nothing that cannot be put right by serious preparatory work, but in some situations it made the difference, to our disadvantage.

The recipe for the near future is ...?

- Simple, that great tradition: work, work and work again. The group of which I have the responsibility has always been very committed and dedicated. I do not think that the basis of our five failures was a lack of a targeted preparation. We came to this tournament with gaps to be filled. Mission partially accomplished. There is better to come in the coming months.

The road map to the World Cup in Ireland?

- After Hong Kong, where I will bring emerging players selected from the Under-18 girls and some veterans from the Six Nations, we will have two rounds of Sevens in June and July. Two long camps and at least one international warm-up game. We are also developing the physical training programme to improve the players’ stamina, using national training centres and federal academies.

Di Giandomenico remains confident, therefore – but Italy have been drawn with England, Spain and the United States, all of whom already have more pre-tournament internationals arranged than Italy. Italy will have to dig deep in August.