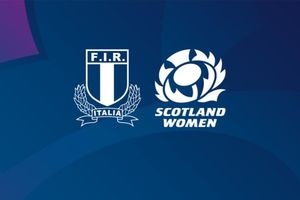 Scotland have had their second game of the 6 Nations postponed with their match against Itay called off.

Further to an increased number of Corona-Virus cases in the Milan Area, the Italian Authorities decided to cancel all sporting events in the Veneto and Lombardi Regions.

The 6 Nations say they are looking at options with the FIR and Scottish Rugby to reschedule this fixture at a later date.

Scotland headed home on Sunday so there is no chance the game will replayed like the England game was immediately afterwards - that game was called off initially due to poor weather but played behind closed doors on the Monday.

Head coach Philip Doyle tweeted that he was "gutted for game to be cancelled today. So tough for the ladies , but such  a resilient lot we have here!"