In the final warm up game before the World Cup, Italy beat France 26-19 to rise to their highest position since World Rankings began. 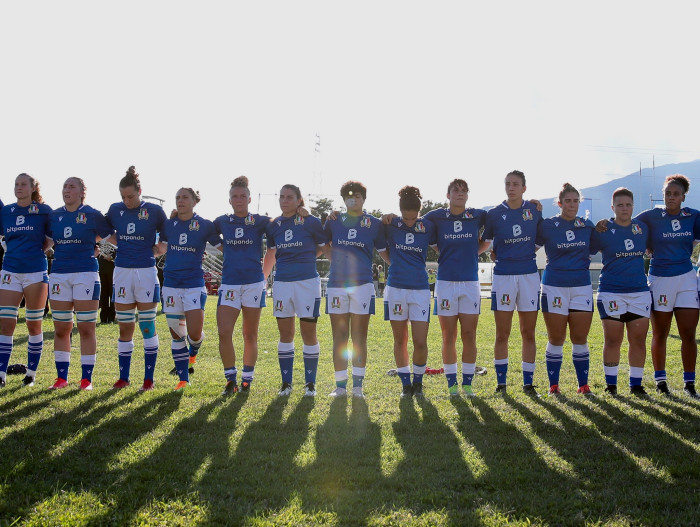 France – with a much changed and experimental looking line-up from the previous week – began confidently and Italy were only saved from an early score by Queyroi's miskick, and Romane Menager being held up over the goal line.

The Azzurre struggled to get out of the 22, before the French finally transformed their territorial domination into points in the 8th minute with Fall, who scoring under posts after a series of quick phases.

The Azzurre had their first chance in the 23rd minute, but a crooked throw in the lineout by Bettoni nullified everything. The French return to the red zone, at the half hour the second try arrived thanks to the strong scrum: advancing package, Romane Menager breaking away on the right

Italy now took the initaive. Sillari returned a French kick and Locatelli pounced on the ball earning a free kick. Bettoni’s throw was good and the maul advanced unstoppably . 5-14.

France pushed forward, by an ambitious pass to Menager was intercepted by Muzzo, pushing the French back into their 22. Sillari seized on a loose ball from a ruck to fly in the try line.

France had another opportunity with a scrum under the Italian posts, but could only give away a free kick to end the half.

At the beginning of the second half D'Incà replaced Sillari, while France appeared more confused than in the first half. Giordano recovers loose ball inside the French 22, Italy attacked with a series of charges, Rigoni spread the ball wide on D'Incà setting up Ostuni Minuzzi . Italy lead 19-14.

Entering the final quarter France pulled level. Fall drove forward ball in hand, before Tremouliere created space off for a run from Llorens, who scores the try of the game.  19-19

Responding Franco sidestepped two opponents and passed on Rigoni, sought the support of Stefan for a certain try for a goal already made, only for Queyroi to intercept with a delivberate knock-on. Joy Neville gave a penalty try, and Italy were in front 26-19.