Japan are deserved Asian Sevens Champions having won all three legs of this year’s championship, including this weekend’s tournament in Colombo, Sri Lanka 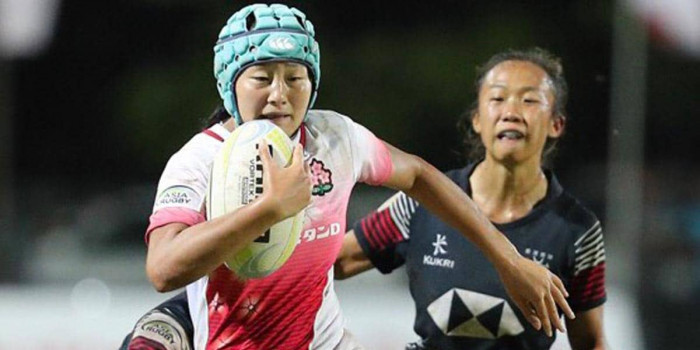 Japan confirmed their position as the number one sevens team in Asia with a fourth unbeaten tournament win this weekend – three rounds of the Asian Championship being added to their gold medal in the Asian Games.

It is over two years since Japan last lost a game to Asian opposition. They have now recorded 29 consecutive Asian Championship match wins, or 35 if the Asian Games are included – a level of regional dominance matched only by that of Brazil in South America.

This weekend Japan sailed through their pool, conceding just one try, to eventual finalists Hong Kong, who (that defeat aside) also again reached the semi-finals largely untroubled.

China and Kazakhstan also again qualified from the other pool – the top four teams in Asia are now well ahead of the rest – but it was the clash between these two that was perhaps the game of the pool stage. After China’s win in this fixture in Hong Kong, and Kazakhstan’s win in Korea, a lot rested on the game – not least avoiding Japan in the semi-finals. In the end a knife-edge, tension-filled game ended 0-0 (only the sixth 0-0 in women’s international sevens history). As a result, second place in the pool came down to points difference, giving China an advantage as they played last knowing they had to beat Singapore by over 38 points – which they comfortably achieved, winning 52-0.

And so to the semi-finals. Kazakhstan – who had vastly improved their disciplinary problem this weekend – took on Japan. Nigora Murmatova put the Kazakhstanis ahead in the third minute, but after that it was all Japan who scored four times. A late consolation by Kazakhstan gave a final score of 26-12 to Japan.

Hong Kong took on China next, and won for only the fifth time in their 35 games against their rivals. They lead 5-0 after a tense first half, Ka Yan Chong getting the only score shortly before the break, but China pulled ahead early in the second half with a converted Yan Zhou try. Barely a minute later Hong Kong pulled ahead again, Pak Yan Poon converting her own try, and held out until Chong scored her second try in the final minute to confirm a famous win, 17-7 – which was also their largest over China for 15 years.

This also pitched China against Kazakhstan for third place in this tournament, and runners-up spot in the overall championship – which will be enough for a place in the Olympics next year. If their pool games was the match of Day One, this was the game of day two with Kazakhstan initially spurning opportunities before coming from behind to have the game apparently sewn up at 12-5, on the Chinese line with the clock running down the final seconds.

But a needlessly risky pass resulted in a knock-on, a Chinese scrum, and Yu Yang running the length of the field to score under the posts, convert her own try, and send the game into extra time where China seized their chance to win the game, and take second place in the series.

In the final the “Sakura Sevens” beat Hong Kong. Honoka Tsutsumi got Japan off to a flying start before two tries from Yume Hirano helped them to a convincing 31-0 win a result that guarantees them a place at their own World Series Kitakyuhsu Sevens.

Elsewhere Hosts Sri Lanka finished fifth in the competition for a third successive time by beating Thailand 7-5 to the delight of the home crowd – and South Korea finally won their first game of the series just hanging on to beat Singapore 19-15. However, it is still possible that they may be relegated and replaced by the winner of next weekend's Asia Trophy.