Japan won the second leg of the Asian U20 7s in Hong Kong on Saturday, again unbeaten, to lift the regional age-group title. 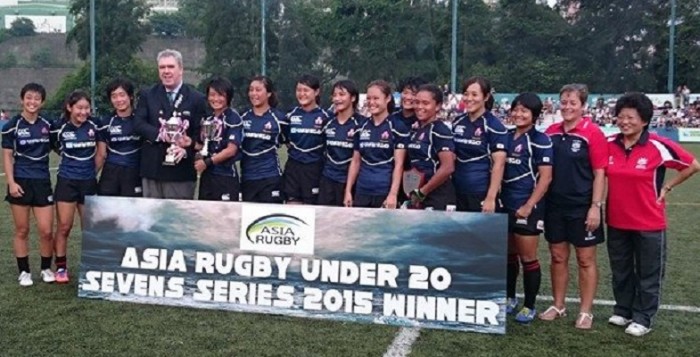 Japan’s investment in women’s rugby in recent years is paying off. Following on from their seniors victory in the regional XVs championship earlier this summer, the junior team were emphatic winners of the sevens title today.

After a peerless performance in Johor, Malaysia last weekend, Japan started as clear favourites. However, with China replacing Singapore in this leg, the tournament was expected to be more challenging.

China certainly stretched Japan in the opening game, but the Japanese still win 29-19. A big 42-0 win over Thailand followed before a place in the final was booked with a 29-14 win over Hong Kong.

Although this was a better performance by the home team against Japan than last week, overall it was a disappointing day for them as they lost all three pool matches, the Japanese defeat following surprise 15-17 loss to Thailand and a 20-0 shutout to China.

The second day began with the semi-finals, and a repeat of games that ended Day One. This time Japan were even more emphatic, beating Hong Kong 40-12 this time, while Thailand improved against China but still went down 20-12.

Hong Kong took third (and overall runners-up spot) with a big 41-7 win over the Thais, before the final – and a crushing 31-0 win for Japan.

Japan’s head coach Inada Hitoshi we impressed by the performance of his charges: “We are very pleased to have achieved a clean sweep - that was the goal. We have been working hard in our training camp and the tournaments have been a very good experience and confidence builder for the players. This victory, I think, is ​​a big step forward towards the goal of qualifying for the Olympic Games.”

Captain Fukushima Wasa echoed these comments: “After our long training camp we knew the series can be won, it was it was very good that can achieve the goal of winning it undefeated. We want to build on this – it has been great experience to play for Japan.

Sam Feausi, development manager of series runners-up Hong Kong said of the squad’s performance: “We’re extremely proud of how the girls played on the second day. They didn’t let their heads down after yesterday. They applied what we discussed last night and we saw the results out on the pitch.

“The team have done very well throughout the series. From when they first gathered as a training squad they’ve grown immensely. And they have improved dramatically over the two tournaments.”