Japan did just enough to win the first leg of the Asia 7s in Incheon, in a tournament that saw the return of Kazakhstan to competitive rugby 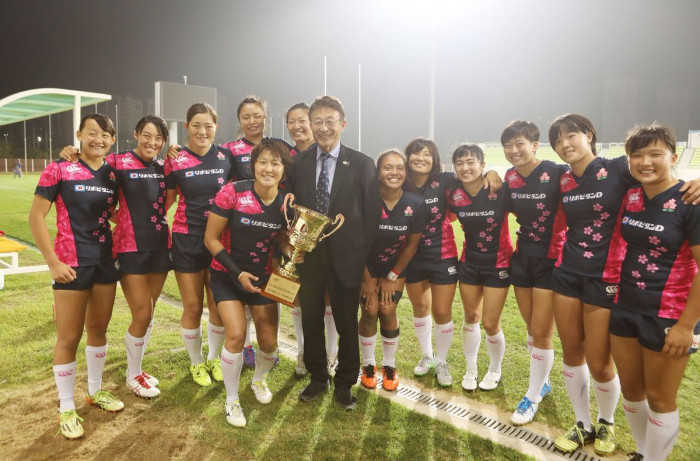 After two years away, Incheon saw the return on Kazakhstan to competitive rugby, and although champions Japan still won the title, the team from central Asia showed that they are as competitive as ever despite their enforced absence.

That absence gave the Kazakhstanis a bottom seeding, and a place in Japan’s pool, but they came within a couple of conversions of winning it.

Balzhan Koishybayeva put Kazakhstan on the scoresheet after just 25 seconds of their first game, as they swept aside Thailand five tries to one. With Japan similarly dismissing Singapore 47-0, the key game was the second round meeting between the two sides.

Veteran star player Anna Yakovleva put Kazakhstan into an early lead against Japan, but two tries from Honoka Tsutsumi and what was to be crucial conversion kick by Yume Okuroda. The two teams scored tries in turn in the second half, but that that conversion was to prove crucial as the champions squeaked home 17-15.

In the other pool China and Hong Kong proved equally dominant and, after the quarter-finals that opened day two, it was these four who made the semi-finals.

Japan had few problems seeing off Hong Kong, but Kazakhstan gave Asia’s second ranked team, China, a real fright. As with their game with Japan, Kazakhstan opened the scoring through Kundyzai Baktykayeva, who converted her own try. Xiaoqain Liu and Keyi Chan put China 10-7 ahead at halftime, but it was Yakoleva who put her team back in front early in the second half. But Xiaoming Yu put China back in front with two minutes to go, and China were through to the final.

Japan lead all the way in the final, but China pulled back a 14-0 deficit to come within a try of Japan with two minutes to go. But despite enormous Chinese pressure, including a long final play that saw desperate Japanese defence reduced to six players thanks to a yellow card for Miyo Bativaklolo, could find no way through the well drilled Japanese defence.

Japan therefore finish with one hand on the championship, and the place in San Francisco that goes with it, but China and Kazakhstan are looking good for any World Series qualifier next spring. Hong Kong should join them despite nearly slipping up to Thailand in their quarter-final.

Those four are also almost certain to qualify for the Asia Games, with the Thailand and Sri Lanka in poll position for the final two places.

The second and final leg of the championship will be in Colombo, Sri Lanka, on 14/15 October.