China may be representing Asia in the World Series the season, but Japan showed that they remain the region’s strongest team by winning the first leg of the Asia sevens in Hong Kong this weekend. 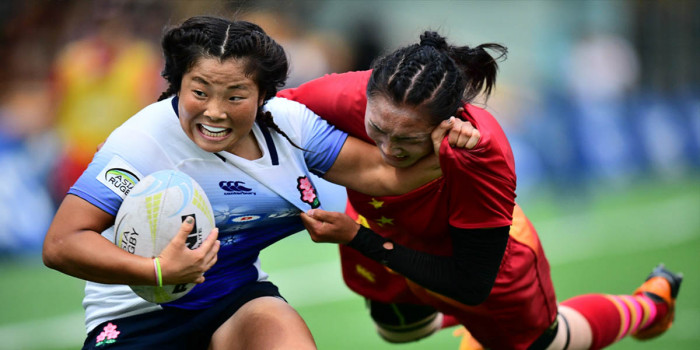 Japan beat China for the ninth time in the last ten meetings between the two teams to win the Asian Sevens last weekend.

There were three key games on the opening day. In the first round Hong Kong beat Thailand – the who had knocked out at the quarter-final stage in Colombo last year. This time three first half tries – two from Natasha Olson-Thorne – but the home side in the driving seat, Hong Kong going on to win by a comfortable 22-7. However, in the second round Japan beat Hong Kong even more comfortably – 31-7.

China and Kazakhstan - big winners in the opening round – met in an exciting second round clash, China racing into a two try lead only for Kazakhstan to pull level early in the second half. But a yellow card for Kundyzai Baktybayeva gave the advantage back to China and within seconds Yayao Gu had scored the winning try for China.

The final round of pool games at the start of the second day went as expected, setting up semi-finals between Japan and Kazakhstan, and Hong Kong and China.

Both games were close. In the first game Kazakhstan burst out of the blocks to shock Japan with a 10-0 lead after the first six minutes of the first half before a crucial score from Honoka Tsutsumi.

But in the second half Kazakhstani discipline again let them down as they found themselves down to just five players after the first minute of the first half – but still managed to extend their lead. Kazakhstan battled to retain their lead, but no sooner were they back on terms Raichelmiyo Bativakalolo pulled a score back, before from the final play Yume Okuroda won the game for Japan.

In the second semi-final, Hong Kong and China were level at 7-7 at the break, but two Chinese tries in the opening three minutes of the second half put them in charge. Hong Kong pulled a try back with a minute to go, but China held on to reach the final.

Before then, however, there was one surprise result in the minor place games with Sri Lanka winning the Plate, beating Thailand 22-10 in the final.

Seven of the last nine games between China and Japan in the Asian Sevens had been decided by a single score, and this proved just as tight. China scored first through Feifei Yang, but Chiharu Nakamura pulled Japan level at the end of the first half. Raichelmiyo Bativakalolo put Japan ahead early in the second half, and they held on to win the tournament by 12-7.