The Asian 7s will be played over three legs this year, and Japan have won the opening leg in Incheon in Korea. 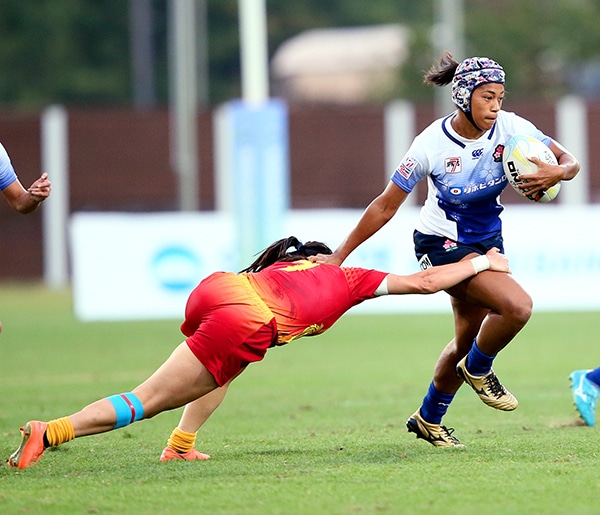 Japan’s dominance of Asian sevens continued in Incheon this weekend. It is three years since Japan lost an Asian 7s final – in Incheon - in September 2016, and they have not lost any match in the tournament since October 2016.

This weekend Japan won their seventh successive Asian Sevens final, beating China for the fifth time in those seven finals, this time by 19-5, to lift round one of the Asia Rugby Women’s Sevens Series in Incheon.

Eleven of the previous 14 Asian finals had been between Japan and China, and that seemed on the cards after the first day when only Japan and China ended unbeaten. Only Kazakhstan challenged the duopoly when they took a 15-12 lead against China with just seconds to go, only for China to win the restart. Kazakhstan held out for a minute and a half, but in the end Yueying Gao scored the vital try for China to win 19-15.

In the final Japan’s Yume Hirano opened the scoring and despite Feifei Yang levelling the scores, an impressive second half performance from Riho Kurogi ensured they won the title.

First she scored her fifty try with China reduced to six players before turning provider for the inspirational Yume Okuroda to score her second of the weekend.

Thanapon Huankid scored two tries as Thailand beat Sri Lanka 32-5 to lift the Plate after Norfarahana Aziz scored the only try in Malaysia’s first win of the weekend, a 7-0 victory against Singapore.