Japan came from behind to beat Fiji 28-14 in the opening game of the “Tri-Series” competition in Queensland. 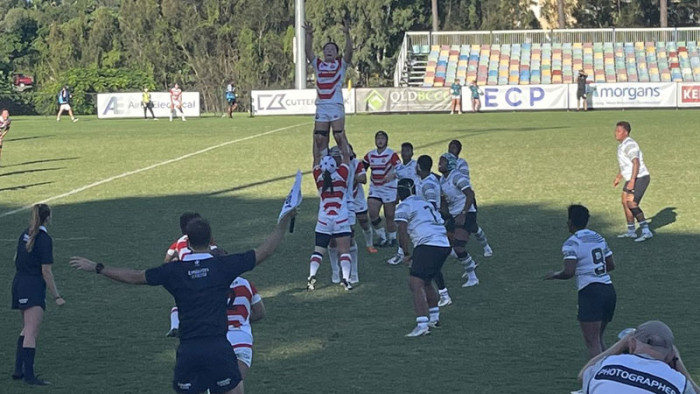 Fresh from their Super W triumph, which helped them win sponsorship from “Rooster Chicken”, Fiji began this test at Bond University as they had their Super W games, at pace.

They were soon camping close to Japan’s try-line, where they remained for much of the first 10 minutes without finding a way through. Younis Bese finally got them on the scoreboard with a break from 45 metres out where she showed blistering speed before scoring the opening try.

The second try came from centre Roela Radiniyavuni after a line break who beat three defenders to score.

Discipline became an issue and the tiring Fijiana started give away multiple penalties which allowed Japan to score two tries, from Seina Saito and Mana Furta, in the final four minutes of the half to tie the game at 14-14 at the break.

This continued in the second half which led to a yellow card for Sera Ravatudei and Japan being awarded a penalty try straight from the restart.

No sooner were Fiji back to 15 than they conceded a seconf yellow, Merewalesi Rokouono bein sent to the benches.

Japan continued to use their set-piece effectively and Ayano Nagai scored a team try from a rolling-maul minutes before the final whistle.

Fijiana will now face the Australia at Suncorp Stadium in Brisbane on Friday, and the series will end with Australia taking on Japan back at Bond University the following Tuesday..