Knockout sevens in next cycle?

World Rugby CEO Brett Gosper generated headlines last weekend with his remarks about possible changes to the format of the World Series. In an interview with Sky Sports, he speculated on the future of the format, and the challenge involved in combining the men’s and women’s series 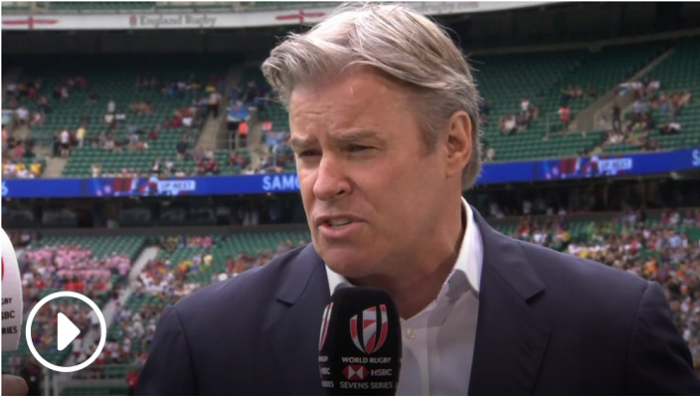 “The knockout format”, he said, “that’s something we could well see in the sevens series in the next cycle, the women’s tournament aligning with the men’s tournaments at the same destinations at the same time means we’ve got to find time and space”.

Gosper went on to suggest that this was the ideal format for introducing the game to the USA – almost as if World Rugby planned it this way – but in truth it was a format forced on the organisers when costs forced them to concentrate the tournament onto a single venue. Given the prospect and expense of extending the event to a fourth day, the alternative is a knockout event.

Gosper appears to be making a possible virtue from this necessity, suggesting a knockout would allow the typical 16-team men’s and 12-team women’s to be run together over a weekend. Played in the traditional way, the two tournaments together require 84 games - far too many for a weekend. Played as a knockout only 52 games are needed:

The suggestion has met with, it is fair to say, with a mixed response.

Uganda’s Helen Buteme agrees – “What a terrible idea”, she says.

Other comments to us on Twitter include “To be honest I think that would crush the game.  Just make it a three-day tournament like Vegas.  Not really hard TBH, lots of wasted time.”

It also has to be said that it would lock the women's tournament into a 12-team format - there is not enough time, even in a knockout format, for two 16-team events.

But the response has not been entirely negative: “I would love this”, says one spectator at last weekend’s men-only London Sevens, “I’m far more interested in seeing the best women's teams against each other than a [men’s] 13th place play off.”

The problem is that if the intention is to run more tournaments – like Sydney – where the men’s and women’s tournaments are to be given equal status (and it appears to be the case) then this cannot be done in two days, and three-day tournaments will be significantly more expensive.

Sydney takes advantage of the Australia Day weekend but a three day weekend will not be available at all weekends. In most cases, one of the days would inevitably take place on a working day, with inevitably far smaller crowds, making three-day tournaments an unpopular idea with venues, while coaches have expressed concerned about keeping players match-fit for three days.

Is there an alternatiove format that could be played over a weekend? Drop or moving classification games to a second field has been suggested. If the pool matches are to be played as usual there would be just about enough space for the the main cup quarter-finals, semi-finals and gold and bronze final.

As a result, it may be that, especially if the World Cup is deemed a success, it will not be the last knockout sevens tournament.

Apart from the headline quotation, Gosper also again spoke about the need “to develop the sevens format for other nations” and added that “we are looking at a second tier series of tournaments like the top level”.

It is unclear whether Gosper was referring to the women’s series as well as the men’s, but in the long run this might be a more significant idea than knockout tournaments if the top ten or so teams are not to become untouchable – which is clearly a concern for Gosper who emphasised the importance of developing “new markets like China, like Brazil, like India”.