Leinster lead the way in Ireland's annual Interprovincial competition which pits the country's four provinces against each other in a round robin tournament, followed by semi-finals and a final. 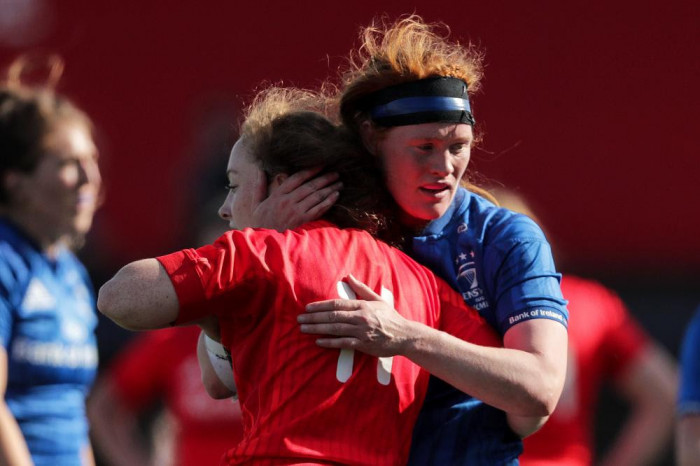 Leinster closed out the round stages of the Championship with a 20-13 win over Munster at Irish Independent Park at the weelend.

They are now seeded first and will play fourth-placed Ulster in their semi-final on September 14th.

Connacht’s 20-19 defeat of Ulster at Queen’s University means they will play Munster in the other semi-final.

Leinster’s multi-phase attack teed them up for their first try as a tip-on pass from Jeamie Deacon helped put Megan Williams over in the corner. Fiona Reidy responded with Munster’s only score of the first half.

Assured kicking from Hannah O’Connor and a Juliet Short try pushed the visitors further clear before Munster rallied with a try from pacy winger Laura Sheehan. O’Connor’s 10-point haul keeps her at the top of the points-scoring charts in this year’s championship.

Connacht’s campaign sprung into life with a win in Belfast. Ulster started the better side and looked on course after a brace of tries from hooker Stacey-Lea Kennedy helped them to a 12-8 half-time lead.

Full-back Mairead Coyne formed an impressive back-three for Connacht with Aoibheann Reilly and Alison Miller and it was Coyne who scored their first try of the championship. Reilly was next to cross before Laura Feely’s try and a conversion from Méabh Deely pushed them eight points clear. Lauren Maginnes’ try came in the last minute.

Ulster captain Neve Jones is glad there are more games to come in the reformatted competition. "Having the five games this year is going to improve women’s rugby across the whole island," she said.

"It gives girls more of a chance to play at a higher level. It’s not just three games and then you’re done for the year. The semi-finals and finals give girls something to work towards."

The semi-finals of both the Senior Women’s and U18 Women’s competitions will take place at St. Mary’s College RFC, Templeville Road on Saturday September 14th.

Leinster’s U18 Women also finished their round-robin phase unbeaten with a 22-10 win in Cork. Munster finish bottom after three games meaning the two sides will face each other in Dublin in two weeks’ time.

A strong first-half performance from Ulster helped them to a 19-12 win over Connacht and those sides meet in the other semi-final.

MU Barnhall RFC’s grounds in Parsonstown, Co. Kildare have been confirmed as the venue for the final round of games on September 21st.