It was the best World Cup yet, with record crowds, record TV audiences and a wonderful final. But like all big tournaments, lessons are thrown up for next time. Ali Donnelly and John Birch take a look at the key issues and what we'd like to see ahead of 2021. 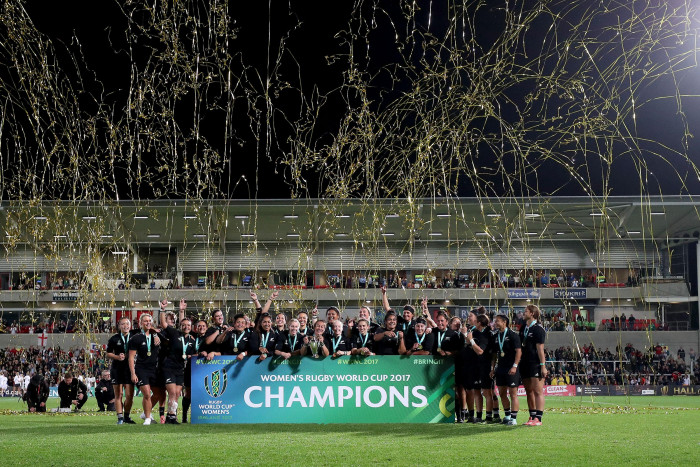 Japan and Hong Kong learned so much at this World Cup – they visibly improved with every game. But now they will return to Asia and are unlikely to play any non-Asian teams until 2020 or 2021.

How can they possibly develop their game if they only play each other? Japan were one of the most well coached and skilful teams when it came to the basics - rarely dropping a pass and going through near faultless phase after phase, waiting for opponents to make mistakes. This probably wins them games in Asia, but if they are to be competitive outside Asia so much more is needed.

There has to be more inter-regional test rugby to challenge these teams, and allow them to put the lessons learned at the World Cup into action. Simple things such as, perhaps, a “Champions Trophy” (to steal an idea from hockey) where regional champions could play each other.

If we want a world game, we must allow the world to develop their game.

The length of the World Cup should be expanded

Notwithstanding the challenges of long tournaments for amateur players, it surely cannot be that in 2021 players face four-day turnarounds after gruelling, physically demanding games. England will have been particularly galled that star fullback Danielle Waterman had no time to go through the HIA protocols - an extra three days could have been the difference between her playing and not - although of course we have no idea if she would have been passed fit or not.

This is a wider issue about player welfare.

Without the necessary recovery time built in, we are asking adult and mostly amateur players to put their bodies through the ringer, barely recover and play again with the tournament getting tougher and tougher in every round. At its crudest this doesn't help the quality of the game on the field and at its kindest, it is simply unfair. Pete Steinberg, the USA coach, and Portia Woodman, the star Black Fern winger, were not afraid to voice their concerns and perhaps it is telling that World Rugby’s response was not to empathise, but to reject the issue, comparing the women’s turnaround with the U20s competition.

If you are going to insist in comparisons with the men’s game, then you should at least do it with its equivalent competition.

Elite adult men do not have to face four day turnarounds at their World Cup, so following World Rugby’s logic, elite adult women should not either.

We understand the reason that the campus model for the pool stages created but surely it has had its day as it is also now reducing revenue. The empty seats at many games - despite all tickets being sold - show a fundamental flaw. Has the World Cup outstripped the model which has been so successful in the past?

A single ticket gave spectators access to multiple games, but many chose only to attend some of these fixtures. In addition people wanting to watch matches at more than one venue bought tickets for both. The result was swathes of empty seats at all of the games played early in the day - and conderable annoyance from potential spectators who would have filled the seats, including those who had cancelled planned trips to Ireland because they were told there were no tickets.

Not only can people on campus not be in two places at once, but following the tournament becomes is a nightmare for both supporters and the media (and the last thing we should be doing is putting barriers in the way of media coverage) who cannot watch all of the games they might wish to. There are only so many hours in the day, obviously, but splitting games across two days would surely not be an insuperable problem - especially if the tournament is extended, as we suggest above - and would also sustain interest over more days. The finals day in particular would benefit from being expanded to a finals weekend - the nonsense of having the fifth- and third-place playoffs being played at exactly the same time was hugely frustrating.

Ireland were probably right to stick to the tried and tested format but the time may have come for change.

Expansion to 16 teams feels a way off

Unless there is a huge shift in standards over the next four years, the game does not feel ready for a 16 team World Cup format.

We understand the arguments to make the tournament bigger and nations like Hong Kong will be all the better for their experience in Ireland, but with most games won by over 30 points and only two games were won by 7 points or less are we ready for an expanded tournament?

There should be no automatic qualification for World Cups based on the seedings of the previous one apart from the winners.

Would any union,  perhaps strapped for cash and under no pressure to change anything, bother with regular tests and camps if they didn't need to worry about qualification?

A quick look at Australia tells us that we already know the answer to that.

Test XVs has a TV audience

Three and a half million viewers in France, over two and a half million in the UK, an audience share of nearly 20% in Ireland – never have more people watched women’s rugby before. These are astonishing audiences, and audiences that built over the tournament and persuaded ITV to transfer the climax of the tournament from ITV4 to ITV1, with France TV also taking a similar decision.

Backed by interest further developed by comprehensive streaming of games that were not broadast. the audiences dwarf anything recorded for any sevens tournament and are undoubted proof that a well-promoted XVs rugby with the top teams and players will attract an impressive audience.

However restrictive TV contracts needlessly limited access to some games. This was epitomised in Ireland where viewers in Northern Ireland were unable to watch some of their own team's pool games because RTE’s stream was geo-blocked – a ridiculous situation when the latter half of the tournament took place in Belfast and increasing interest and ticket sales was a priority. This was due to “contract reasons”, but it is hard to see who would have complained. World Rugby surely would not have had a problem, nor would the UK rights holder - ITV – who were not showing the games, which also did not clash with the England games ITV did show.

This over-zealous geo-blocking of international women’s rugby (both 15s and 7s) remains a barrier to increasing access and interest in the game – needless because all media experts agree that if anything streaming a tournament increases TV audiences (even if games being broadcast are also streamed) by increasing the interest and “buzz” about the event.

If the excuse is that contracts are signed in tandem with other tournaments, surely unique clauses can be inserted that are relevant to each event.

World Rugby’s development strategy for women’s rugby is heavily built around sevens. The fifteens World Cup is an anomaly where once every four years, for a few weeks, World Rugby focuses solely on 15s.

But this World Cup has demonstrated – again – that there is nothing like international 15s rugby to grab media and public interest in the game. Despite all of the hype, sevens (apart from maybe the Olympics) just does not get close. Our website here at Scrumqueens collapsed under the strain at the start of World Cup. No sevens tournament has ever done that, not even the Olympics.

We know not everything is up to the game’s governing body but we need to see a long term plan to develop women’s test XV rugby all over the globe with World Rugby incentivising and coercing unions into pushing their test game.

It is negligent that there were fewer entrants for this World Cup than for any previous one (since there has been qualification tournaments) and that should ring alarm bells, surely, if the tournament is women's rugby's "flagship" event?

If we want to develop interest in the women’s game, then there must be a bigger effort to promote the form of the women’s game that people around the world are most interested in. We perfectly understand that sevens is great for development, and also releases government grants in many countries (though not all – rugby unions in the UK, for example, get no government grants to support Olympic sevens). But it is a means to an end, not the end in itself.

List the great players from the World Cup and so many of them – Gaelle Mignot, Sarah Bern, Romane Menager, Fiao’o Faamausili, Sarah Hunter, Aroa Gonzalez – would never find a place in any  international sevens team. If sevens was all that was on offer most would never have played rugby at all.

Choose the next host carefully

England, France and Ireland have been brilliant hosts for the past three World Cups, with one giant thing in common - there is already a huge audience for rugby in each of those countries.

Choosing the next host will be tricky. Probably, World Rugby should be looking at a venue outside of Europe this time but could anyone do as good a job when it comes to the right mix of support, media interest and hype?

New Zealand would be an interesting choice, though the NZRU would probably have to be persuaded to apply, while the game will watch the US closely as they host the next World Cup 7s.

Wherever it is, we must make sure it is a location that can continue the huge momentum that Ireland continued so well.