Madagascar have won Pool C of Rugby Africa’s Women’s Cup, and with it a place in next year’s finals. 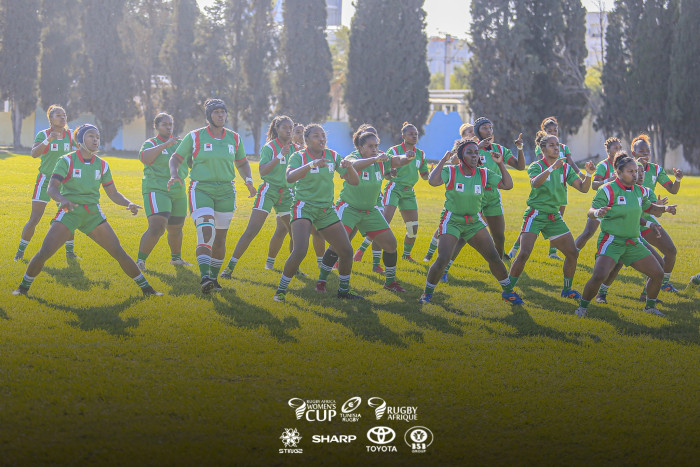 Pool C was the second of four three team tournaments organised by Rugby Africa as qualifiers for what will be the second Women’s Cup, to be played next year, after the first invitation-only tournament in 2019.

Three games were played at the El Menzah Rugby Stadium in Tunis. As well as hosts, Tunisia, the tournament included Senegal and Madagascar.

All teams were relatively new to test rugby. Madagascar, who debuted in 2019 and took part in the first Women’s Cup that year, were the most experienced but had played only five test prior to this competition. Tunisia have a long and successful sevens history dating back to 2004, but belatedly only played their first test last year after COVID wiped out their planned test debut in 2020. Senegal also only made their test debut in 2021.

The tournament began on Friday 14th October with Tunisia vs Senegal. Inexperience showed with neither team able to take their chances in the opening 40 minutes, which ended 0-0. The second half finally saw the scoreboard start to move, with home team ending 24-7 winners.

With their extra experience Madagascar were overall favourites for the event, and after Tunisia’s win in the opening game were expected to beat Senegal comfortably. And all seemed to be going as expected when at halftime they led 29-3. But in the second half they were rocked back on their heels as Senegal cross their line four times, the Malagasy holding on to win the game 34-25.

The pool decider was played on Saturday (22nd). Madagascar had most of the early possession and scored first after 13m, when an attempted Tunisian clearance kick travelled no great distance, allowing the Malagasy no 14 to run from deep and show her speed, splitting the home defence for the first try, which was successfully converted. Madagascar continued to dominate possession and territory but failed to add to their score, but when Tunisia managed a rare foray into the Malagasy end after 33m they made no mistake, a line out near the Madagascar line being moved quickly across field for  the hosts try. But despite the ball being grounded neat the posts the kick was missed, and Madagascar retained their lead 7-5.

In the second half Madagascar continued to use their more powerful forwards to their advantage, sucking in the home defence and making room for their fast wings. A third try was added on on 51m and a fourth on 65m.

Tunisia continued to battle to the end, but the better balanced Malagasy team, who seemed more experienced at the 15s game, were rarely troubled winning 27-5.