Massive weekend of test rugby ahead

Another massive weekend of women’s test rugby lies ahead this weekend. We look ahead to the matches. 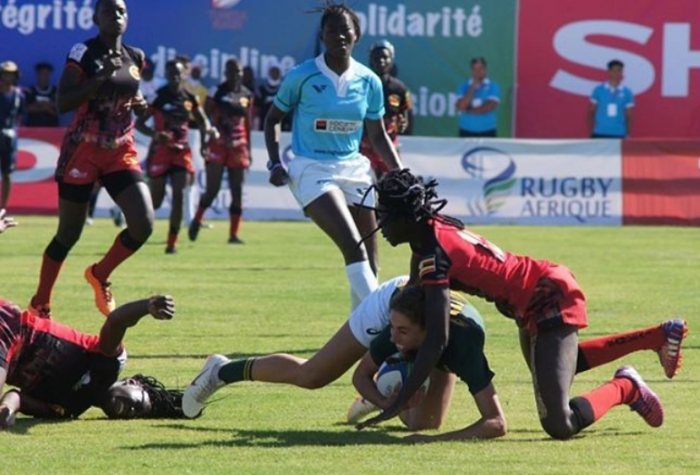 Having won the mid-week test between the two sides 36-10 earlier this week, France would ordinarily start as clear favourites, but before the series began, France named two different squads for both tests so we cannot consider that result too much of a form guide,

The tight turnaround will not make it easy for the USA and the manner in which French pulled away in the second half, having led by just a try at the break amy well worry USA coach Peter Baggetta, who is standing in for this tour as Head Coach Pete Steinberg is on personal leave.  But these are exactly the sort of tests that the USA will need ahead of the World Cup in the absence of a major tournament like the 6 Nations in the coming months, so this series may well be considered the perfect learning experience for the Americans, whatever the result.

A win would represent a decent Autumn Series for France, who have mixed and matched their teams and an outcome of two wins and a narrow loss to England would surely be considered a job well done ahead of the challenges of the 6 Nations in a few months.

If the first match between the two last week was the biggest home match Scotland have hosted in more than 20 years, then the result (Spain won 5-10) means that this is surely their biggest ever away game.

The permutations are simple. Any win for Spain will do as will a loss by less than five points while Scotland need to win by 6 clear points. Whoever does that will play in next year’s Women’s Rugby World Cup in Ireland.

Shade Munro has made no changes to starting team or bench  and says he was proud of the effort last weekend.

“From where Scotland women have been to where they are now, it was a huge performance.There was great effort from our first caps. Louise McMillan was brilliant and Rachel Malcolm and Sarah Bonar made an impact when they came off the bench. We learned a lot from last week’s match and have been working on various areas since we came into camp at Oriam this week.

“Our lineout and set piece was pretty dominant but we do need to look at our width and organisation of our defence, and being more clinical in the attack zone.

“The positive is that we competed against a team ranked four places above us. The team wasn’t happy with losing but they were encouraged by their performance.

“The players are confident and upbeat – it’s only half-time in this tie. We still have something to play for when we go over there and we are certainly going to give it our best shot.”

This is Canada’s third test in a week, after punishing matches against Ireland and New Zealand, and taking on England in their own background will be a huge challenge for Francois Ratier’s side.

Having made no changes to the team who beat Ireland last weekend to the side who lost to New Zealand in mid-week, there are just two for this weekend. Whatever the result, there will be a lot of sore bodies in the Canadian camp come Sunday.

The changes see Elissa Alarie replaced by Brittany Waters on the wing while Tyson Beukeboom starts for Kayla Mack at lock.

“Every game is important for us leading into next year’s Women’s Rugby World Cup,” captain Kelly Russell said. “We don’t have that much time together so every second counts and we’ve got to build off of every performance.”

The teams last faced off earlier this year at the 2016 Women’s Rugby Super Series with Canada crushing England 52-17.

But this time you sense it will be different. England are much strengthened since the squad they used in the summer and they have had better rest time and have made six changes.

Richmond wing Kay Wilson and flanker Alex Matthews return to the starting line-up for Fiona Pocock and Vicky Fleetwood, who are injured.

Megan Jones is among the replacements after being called into the squad for the first time this autumn as England decide to mix things up – leaving out the experienced Katie Mclean, for example, as Simon Middleton continues the drive to build more depth in key positions.  Emily Scott and Toya Mason form a new half-back partnership.

"Since last weekend we have reflected, regrouped and worked hard to address the aspects which didn't go our way," said Middleton.

"It is always great to follow the men out and play at Twickenham, and we look forward to strong support from the home crowd."

After a disappointing and bruising game against Canada in mid-week, Ireland have strengthened their team for this clash, with 11 changes in all.

The return of the captain Niamh Briggs is key as she returns after missing the defeats by England and Canada because of a hamstring injury. Nicole Fowley, Sene Naoupu, Mairead Coyne and Paula Fitzpatrick are the only players to stay in their positions.

Larissa Muldoon and Nora Stapleton as the half back partnership and the pack is now the same as the one that started against England two weeks ago.

Ireland coach Tom Tierney said "We will again have some new combinations to look at on Sunday," added Tierney We've seen how New Zealand played over the last two weeks in their games against England and Canada so we are aware of the challenge that they will present us in UCD."

The last time the sides  - in fact the only times the sides met – resulted in the most famous of Irish wins at the 2014 World Cup but New Zealand are stronger than they have been for some time, and will want to exact some revenge on Ireland. And after beating England and Canada over the past week, they will be battle hardened.

New Zealand have yet to name their side.