Mastercard has signed up as a new major investment partner in women’s rugby signing a five year deal with World Rugby. 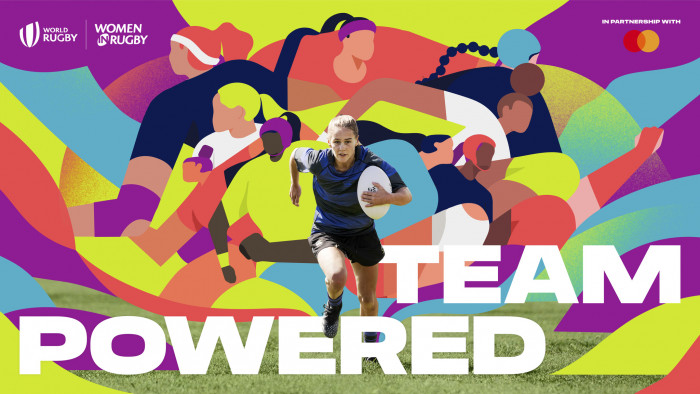 Mastercard, already involved in sponsoring the men’s game and in smaller projects involving women's rugby, will become the first Global Partner of World Rugby’s Women in Rugby programme, focused on youth participation, and the first partner for the next two women’s World Cups as well as for WXV, the annual global women’s competition due to start in 2023.

World Rugby has also today launched a new marketing campaign aiming to grow participation focused on the theme that women’s rugby is the ultimate team sport. Launching with a slick video today, the campaign features elite players like England's Shaunagh Brown and grassroots players from around the world.

The new campaign and Mastercard partnership are building on strong numbers, with women’s rugby experiencing massive growth in recent years - more than 2.7 million women and girls are currently playing globally, making up a quarter of the world’s playing population. Latest Nielsen Research for World Rugby has reported women’s rugby is on the rise with interest in established markets up to 45 per cent and in emerging markets to 27 per cent, a 15 per cent and 22 per cent increase since 2018, respectively.

Katie Sadleir, World Rugby Women’s Rugby General manager today said: “We are thrilled to welcome Mastercard on board as our founding partner of Women in Rugby. A core pillar of our ambitious women’s strategic plan is to develop a strong and engaged portfolio of strategic commercial partners committed to long-term investment and support for the women’s game.

“I am also very excited by our new Team Powered marketing campaign, which encompasses all the incredible features of women’s rugby and will help us to build on the huge growing number of females involved in our sport in recent years.”