MBEs for Scaratt and Middleton 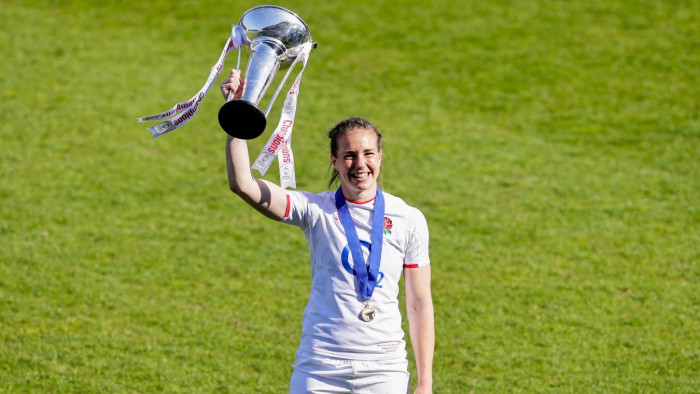 Middleton joined the RFU in 2014 and led the England Women Sevens on the World Series, as well as taking a role as assistant coach for the XVs 2014 Rugby World Cup in France where England were crowned champions.

In 2015, he became Red Roses head coach initially in a joint role with sevens. He was appointed head coach of Team GB Women Sevens where the team finished fourth at the Rio 2016 Olympics, before focusing fully on XVs on his return.

Since taking the role, Middleton has guided England to Six Nations Grand Slams in 2017, 2019 and 2020 and helped the team reach a fifth straight World Cup final in 2017.

In April, he led the Red Roses to the 2021 Six Nations title.

Middleton said: “It’s not often I’m lost for words but on this occasion I am.

“It’s a massive honour and one I never dreamt of receiving.

“I think in the spirit of why you play rugby and why you’re involved in rugby, I just hope everybody who has known me and everyone who played rugby with me can enjoy it as well. You don’t get awards like this on your own. You encounter thousands of people as you go. You get so much support from people around you. That’s the nature of sport, particularly rugby. We talk about the rugby family and I just hope everybody shares the feeling I have a little bit. I’m hugely proud and massively grateful.

“On a more personal note, it’s such a huge honour for my family. I saw the reaction of my mum, my brothers and I know what my dad would have said.

“When your 16-year-old son says ‘that’s cool I’m well proud of you’, that’s a big shout from a 16-year-old. Cara (my daughter) was just ‘wow, that’s amazing’ even my wife was impressed which takes a bit of doing. You know something spectacular has happened when people in our house react like that!

In his playing days, Middleton was a cross-code wing/full back having played rugby league for Castleford as well as rugby union for a number of clubs including Leeds Tykes, where he took up a coaching role following his retirement from playing.

He spent 11 years at Leeds holding various coaching roles including defence, skills and eventually assistant coach, and helped them to the Premiership twice as well as achieve Heineken Cup qualification for the first time in their history.

At the RFU, Middleton has continued to drive the elite women’s game forward and his 2021/22 season focus will be on preparing the Red Roses for the rearranged Rugby World Cup, now set to take place in October 2022.

A hugely respected and popular figure within the women’s game, Scarratt has represented England 96 times to date.

She secured England’s 2014 Women’s World Cup triumph, scoring the match-winning try with six minutes left in the final and was also top points scorer at the tournament.

Also successful on the sevens circuit, the 31-year-old captained Team GB at the Rio Olympics, won a bronze medal at the 2018 Commonwealth Games and represented England at the 2018 Rugby World Cup Sevens.

After returning to the 15-a-side game in January 2019, Scarratt’s impressive displays saw her named World Rugby’s Women’s Player of the Year in November of that year before becoming the highest ever Red Roses points scorer in the 2020 Six Nations, a record she still holds.

Scarratt was also named the inaugural Women’s Six Nations Player of the Championship (2020) and in World Rugby Women’s Team of the Decade (2020).

A talented all-rounder, she turned down the offer of a US Basketball Scholarship at the age of 16 before bursting onto the Test scene in 2008 with 12 tries in 12 games after making her debut against the USA aged 18.

Scarratt said: “It’s a huge honour and I never expected anything like this.

“I play rugby because I love it and it has always played a huge role in my life.

“To have seen the progression the game has had over my career to date and the numbers of young girls and women now playing the sport gives even greater meaning to this award.

“I’ve been very fortunate to have played in some fantastic teams over the years and especially at this time I’m reminded that rugby is a team game.

“This is a huge honour for me and my family and it’ll take a while to sink in.”

RFU Director of Performance Rugby, Conor O’Shea added: “It’s an incredible honour and great acknowledgement of both Simon and Emily as people but also everything the teams they have led, worked with and played for have achieved. Knowing them, they’ll be the first people to say that as well, this is recognition of the team on and off the pitch.

“As individuals what exceptional honours to receive and thoroughly deserved for their hard work and dedication demonstrated over the years. We’re absolutely delighted for them both.”