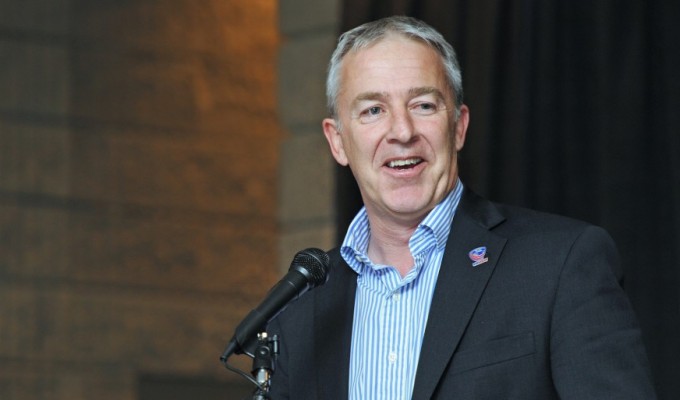 Lichfield, currently second in the league and boasting world class players like Natasha Hunt and Emily Scarratt, have missed out on a place, and there are also frustrations from Championship teams like Thurrock who failed to make the cut.

The competition will operate on the basis that there will be no promotion or relegation in the first two seasons.

Our interview with Nigel Melville, plus follow up questions are set out below.

What is the difference between this competition and the existing Women's Premiership?
The key difference is the investment we will be making into this competition. We are developing minimum standards to suit a much more high performance environment. Extending the competition to 10 teams also helps to develop that into a much more widespread move across the game and the country.

What will the investment do?
This is a multi-million pound investment which is focused on ensuring that environment around the players is as professional as possible. It is not money for paying players, but it might for example pay head coaches and some of the staff support around that head coach. That could include investment into physiotherapy, nutrition, specific skills coaching and so on.  These are the kinds of things that often get missed when you are trying to move up a level so this will be a significant step up for those teams from what they have around them now.

What do you say to a side like Lichfield who don’t make the cut?
Firstly I totally understand how teams must be feeling who have missed out.  I was not part of the independent process which made the final decisions but it was a very robust process and set against a very specific set of criteria.  We had 14 bids and only 10 places and I think people went into that with their eyes open that there was going to disappointments for some. It is tough but it is one of those things – we had set out the criteria and in the end an independent group made a call on it.

How much marketing support will the league get? The current Premiership doesn’t attract huge crowds?
One thing I have recognised since I have come back to England is that we do very well at promoting the game at the top level but not so well at the rest. For women’s rugby we need to change this and we need to build on the interest in the game more widely so that the benefits are felt by everyone.  There’s a good blueprint for what we have done in the Championship in the men’s game for example, where it has a standalone brand and we need to do something similar for this competition and shine a much stronger light on it.  We’ll need to be realistic but there is certainly a lot more we can do.

When it comes to broadcast, we have seen huge interest and really good viewing figures recently in the Six Nations. We want to look at that though it may be that initially we invest in web streaming for this Super Rugby competition. The way people consume media now means that streaming in high quality is much more affordable and very popular, so that is a very good option to get more people watching it initially.

Some will call this a brave move, others a risk – what is it? And what do you say to the sides who cannot get into the league for a few years?
I don’t see it being a risk. We need to bed it in for a couple of years to allow the programme to grow and give teams time to settle in an environment that will feel quite different.  This is an opportunity to do something different with a lot of investment to develop our sport and ultimately ensure England is the world’s best women’s rugby nation and team.

If you look at what has been done in the US on soccer and basketball in women’s sports, there are models we can follow. The profile boosts there have been significant.

What about the Championship sides who cannot get into the league for at least two years?
We want to give sides time to bed into the competition as I have said, and we came to the view that this was the right way to do it. The important thing for Championship sides is to focus on ensuring that when the time comes, they can meet all of the minimum standards and be in a position to bid again and we will help them with this.

Will England's XV players remain on contracts next season?
A number of players will but that is something we are looking at more widely now. Clearly our major focus this season is on 15s but after the World Cup we have a big sevens programme coming up including a Commonwealth Games and a Sevens World Cup so we need to think about the right thing to do there. That is something we are still discussing.

Do England players at all levels have to play for a team in the competition to be considered for international rugby?
It is conditional to the Elite Performance Squad contracts that the players compete in the highest level of domestic competition - this season the Women’s Premiership, next Women’s Super Rugby.

What happens to the other teams?
Any club from the present Women’s Premiership not participating in Women’s Super Rugby will be automatically placed in the domestic Championship competition for 2017/18 season. After an initial two-season ‘freeze’, it is anticipated relegation and promotion will take place between the Women’s Super Rugby and the Championship at the end of the 2019/20 season.

With this in mind, the RFU will work closely with any teams unsuccessful in their initial application to compete in the new competition, helping support future ambitions.

There will however be promotion and relegation between Championship 1 North and South and the four Championship 2 divisions over the next two seasons.