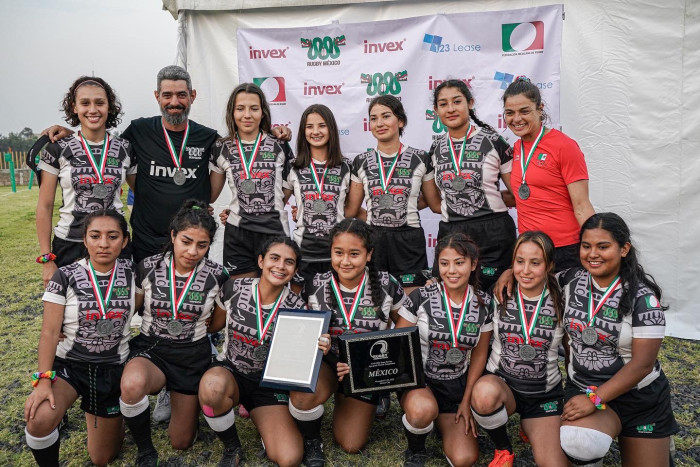 Mexico's stars of the future lift the first RAN U18 title

The RAN Sevens is the regional championship for North and Central America and the Caribbean. Although this includes the USA and Canada, these regional giants only take part if it is necessary for them to qualify for another tournament, such as the Olympics or the World Cup. As that was not necessary this time, both nations were absent, leaving the women’s title to be decided between the hosts, Mexico, and five island teams. In addition, Trinidad and the Cayman Islands sent U18 teams to compete against Mexico for the region’s first age group title.

There were prizes at stake, beyond the championship itself. The winners would take part in the 2023 World Rugby Sevens Challenger Series; the finalists would win places at the 2023 Pan American Games; and the top three would attend the 2023 Centro Caribe Games.

Ever since Mexico made their debut in 2009 they have dominated the region’s tournaments (in the absence of USA and Canada), and in the senior championship over the three days they did not put a foot wrong. Only Jamaica managed to score against them, both in the pool and the final, but even then Mexicans wins were never in doubt.

The qualification places at the Centro Caribe Games gave the rest of the field a reward to aim for, and it was Trinidad & Tobago who held off stiff competition from St Lucia to finish in the vital third place.

In the U18s, the strength of Mexican rugby in the region was evident when their team took the title having conceded only one try, while their “B” team took second place.